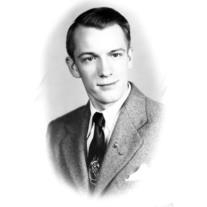 Stanley John Jankowski, Sr., passed peacefully in his Laguna Niguel, California home on March 22, 2015, at the age of 86.

Born in Detroit, Michigan, he is survived by his cherished and beloved wife of 60 years, Louise. A loving and dedicated family man, he was father of four children, Stan Jr., Robert, Linda and John, and two grandchildren, Matthew and Sarah, all of whom he considered his greatest achievement, and of what he was most proud.

He retired from Astra Zeneca in Wilmington, Delaware, where he was a research scientist for 22 years. He was a veteran of the United States Army, where he served in the Korean War. He was a graduate of Washington and Jefferson University, where he was a member of Phi Beta Kappa honorary society, and the University of Pittsburgh, where he earned a Ph.D. in chemistry.

In his retirement, he found pleasure in his life-long passion of the arts, particularly music and film, and took a special interest in botany, especially orchid species, which brought him hours of enjoyment.

Services will be private.