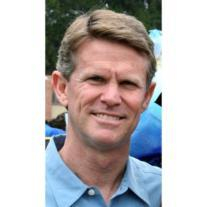 Born in Seattle, Washington on January 10, 1957 to Marlene and Edsel Dunford, Stan died unexpectedly February 12, 2012 in Santa Ana, California at the age of 55.

Stan grew up in Southern California and graduated from South Torrance High School. By his junior year, Stan held football records as a varsity wide receiver and was a star track sprinter. Stan was full of life and had a variety of interests including flying and outdoor activities. A dedicated student, Stan pushed himself to excel at whatever he tried and generally succeeded. Stan graduated from University of California at Irvine with a Bachelor’s degree in Mechanical Engineering in 1980, and a Master’s in Business Administration in 1984. He was guided each day by his Christian faith. During this time, he was blessed with meeting many who have become great lifelong friends.

Stan’s professional career began at Fluor in Irvine, California and then continued at Kwikset/Black and Decker. For the last fourteen years, he was Vice President of Operations at Atlas Carpet Mills in Los Angeles. Stan’s career encompassed a wide range of roles including engineering solutions, product design, manufacturing operations, executive management, and many more. While he had very strong technical and management skills, he also was respected for his ability to connect with others. Stan valued the relationships he had with those in his work environment, treating everyone with kindness, fairness, and respect. Many who knew him have said that when speaking with Stan, he made them feel important, special, respected. He was enthusiastic about meeting any challenges that might arise, and took pride in his accomplishments, and in the accomplishments of others. Stan was always the voice of calm and reason in the face of any storm.

During Stan’s career he had the opportunity to work internationally, including time stationed in Saudi Arabia, and other assignments in various regions of the Far East. Stan and his family moved to Denison, Texas in 1991, where he worked as plant manager for Kwikset. The family returned to southern California in 1995, bringing with them their Texas “souvenir,” daughter Amy, born during their stay.

Being with friends and family was a large part of Stan’s life, and while he enjoyed socializing, he was also often spearheading a family construction project or photographing still and action shots of loved ones.

Stan was a loving and devoted father to his daughters Alyssa and Amy. He was very involved and supportive of their academic, athletic, and other activities. Both girls have followed in their father’s footsteps; Alyssa received her bachelor’s degree in Mechanical Engineering from UCLA in 2011, and Amy is a current student at UC Irvine, pursuing her bachelor’s degree in Mechanical Engineering.

Stan’s love of life was accompanied by his love of friends, family and colleagues. From his early years, Stan’s self-sacrificing ways of helping others became a lifelong virtue. His strong sense of values, including honesty and work ethic have become role-models for many. Stan is survived by his wife, Helen, his daughters, Alyssa and Amy, his mother, Marlene Landry, step-mother, Geri Dunford, his brothers, Wyman (Marianne) and Phil, sister, Marlo Garrett (Tim), and extended family. The family finds comfort in the fact that Stan joins his father, Edsel Dunford, who passed away in 2008.

In lieu of flowers, the family asks that a donation be made to Habitat for Humanity, https://www.habitatoc.org/sslpage.aspx?pid=197, in Stan’s name. If a donation has been made, please notify O’Connor Mortuary, 25301 Alicia Parkway, Laguna Hills, CA 92653, (949) 581-4300, and include your name and address.