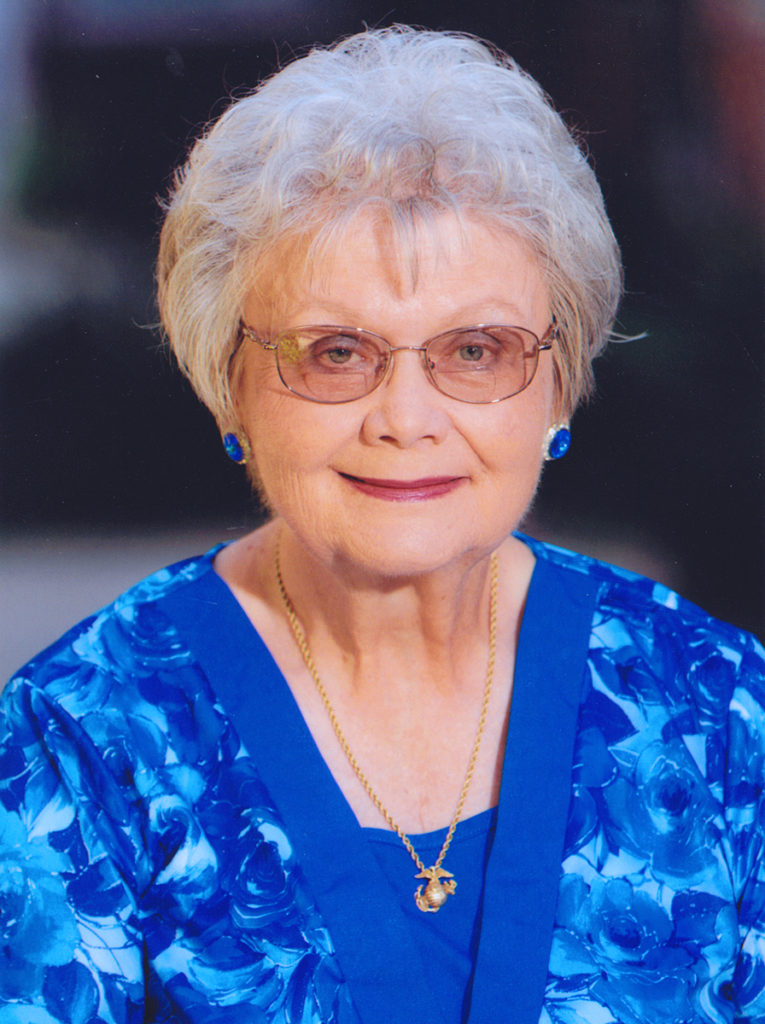 Sonya Lea West was born July 31, 1937 in Rockport, Missouri, but has resided in Southern California for most of her life. She married Milton Fredrick Smith and had three daughters, Debra Romero, Christine Michel, and Donna Simmons. In 1983, Sonya married Edward West who had two children, Troy West and Tamara Erb. Between the two of them, they had nine grandchildren: Derek Romero, William and Catherine Michel, Robert and David Sobrito, Whitney West, and Ryan, Michael, and Daniel Erb. She is also survived by her brother Landon Hackler of Lamar, Missouri, and her sister Arnona Bogner of Parsons, Kansas.

Sonya and Eddie lived in Saudi Arabia for a few years and were able to travel all over the world at that time. They also enjoyed many years of giving service through organizations that included: South Coast Shrine, The American Legion, Veterans of Foreign Wars, and the 1stMarine Division Association. Sonya was also a member of the Daughters of the American Revolution.

When her husband Eddie passed away, South Shores Church opened their arms and their hearts to her. She joined GALS and the Knotty Ladies, and enjoyed playing cards on Tuesday mornings. She was also a regular at the San Juan Senior Center where she took exercise classes and played BINGO.

Sonya loved people and she loved life. She will be remembered for her smile and her giving spirt.