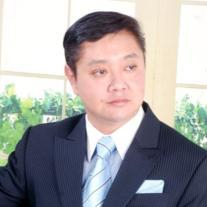 He was born October 1, 1965, in Hong Kong, the son of Mr. and Mrs. Kwok Sue and Shun Hing Yee. He was the youngest of 4 children. He graduated from University Of California Irvine in 1996 with a PhD in toxicology. He married Darlene Stanley, who survives.

He had worked for Joinn Laboratories in Beijing, China. Recently, he joined Herbalife as a toxicologist in Los Angeles, California. He touched many lives in the various places he resided. Simon enjoyed cooking and food.

Dr. Yee was preceded in death by his father, Kwok Sue Yee and step-father Donald Won