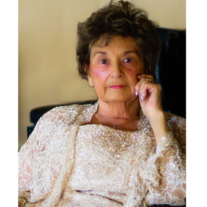 Shirley (84) left us for her new home with her Lord and Savior Jesus Christ on May 16, 2016. Both Paul and Debbie were at her side as she peacefully moved on.
She is survived by her husband of 62 years (Paul) and their daughter Debbie with husband Donald Bryhl, her granddaughters Jackie Dougherty, Cindy (Jason) Geyer, great grandson Corey Geyer. She is also survived by her brothers and sister, Dr. Donald Crandall (Nancy), Marvin Crandall (Peg), Marilyn Belans (Milan), Ron Crandall, Frank Pierron (Marguerite). Also many many wonderful nieces and nephews. She was preceded in death by her parents Maynard and Margaret Crandall and her sister and brother-in-law Doris and Peter Kinsey.
Shirley graduated from Albion College in 1953 with a BA degree. She spent some time in her early career developing psychological tests for human resources. She also worked as Vice President for Atlas Pharmaceutical. After her daughter entered school she rejoined the work force as an accountant for Garvey Accounting in Michigan and Sweek, Connolly in California. She worked as Business Office Manager for Grand Traverse Medical Care (now Pavilions) in Traverse City, MI.
Shirley was very active in her church and in the Kings Daughters. She enjoyed reading, playing cards and other table games with friends and family. She also enjoyed her life (at first on a part time basis) on Birch Lake in Elk Rapids Michigan where the family owned a home for over 40 years.
Shirley will be remembered for being a great mother, her positive outlook, a wonderful smile and her friendly nature.
A memorial service and interment will be held at Grosse Pointe United Methodist Church in Grosse Pointe Farms, MI 49236 211 Moross Road on July 15th at 1:00 pm