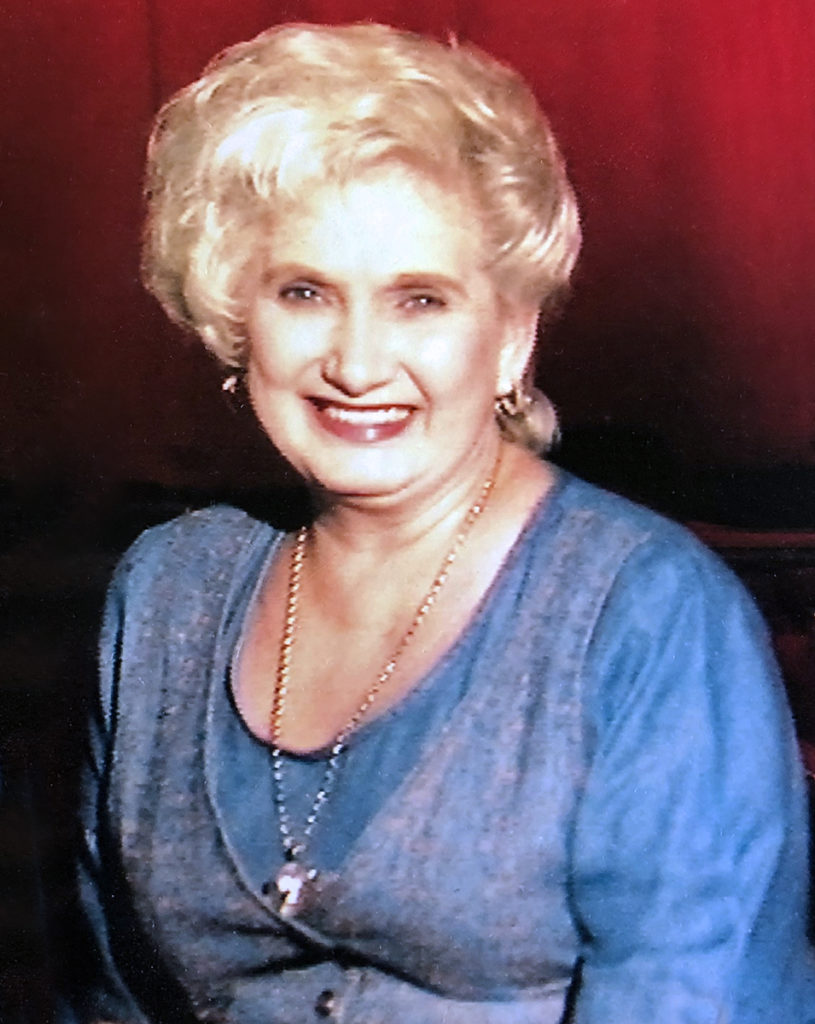 In her lifetime, Shirley O’Keefe and her husband, Patrick, visited some 38 countries, but one of the most memorable trips lasted less than a weekend. “Evita” sold out in L.A. but the opera was also playing in London. After Patrick, who worked as a consultant for several airlines, arranged for an overnight flight with another couple, he called Shirley. “I got tickets to see “Evita” but if you want to see it, you have to pack your bags and meet me at the airport.” They flew back in time for work Monday morning.

Shirley traveled the world with her husband sampling cuisine, collecting trinkets, and sometimes climbing into monuments such as the Pyramids in Egypt, though that trip didn’t work out too well. “What are we doing here?” they said from the inside of a dark and dusty pyramid. They frequented Europe and flew to Asia, Central America, cruised the Caribbean, and made an unforgettable trek through Jordan to the ancient city of Petra.

But at heart, Shirley was a homebody, and over the years loved to watch such TV shows as “Everybody Loves Raymond,” “Golden Girls,” “Antiques Road Show,” “Wheel of Fortune,” Jeopardy,” “Steve Harvey,” and “Ellen,” and she enjoyed sitting in her sunny garden with her husband, daughter, son, and granddaughter.

Shirley’s complexion was flawless and she religiously visited the beauty salon once a week. Up until she departed, her daughter made sure her nails were manicured, and she had a makeup kit in her room at the care center. But her natural beauty shone through from her heart as she shared her adventures with friends, family, and new acquaintances.

Born in Manchester, New Hampshire on July 15, 1932, across the Merrimac River from her future husband, Shirley Mae Lein was raised with a sister and adopted brother, but a baby sister passed away at birth. Her parents were German and her mother part American Indian and proud of that heritage. Shirley slipped into the arms of Jesus on July 6, 2019, just shy of her eighty-seventh birthday.

She and Patrick married in New Hampshire, but they started a family in Englewood before moving to Titusville, outside of Cape Canaveral, Florida, only to return to Orange County, where Shirley thrived in consignment shops and animal care. Early on, Shirley showed an interest in veterinary services and travel, but she excelled in identifying antiques and creating beautiful pieces of jewelry for every occasion. Her favorite pastime was attending antique gem shows; she had booths at the Del Mar antique shows and worked in antique consignment shops.

Shirley loved to educate anyone who would listen about various ornaments and the significance of a setting within a ring, bracelet, necklace, or charm. Butterflies within pretty frames were neatly arranged on the walls of her home, and memorabilia from near and far were scattered throughout the house. Each item told a story and she would fascinate visitors with her knowledge of culture and trinkets from faraway lands. Her eclectic collection included antique Flow-Blue plates and crystal, art glass, and a vast assortment of knickknacks from the Orient.

Her blue eyes would sparkle like the jewels she loved to collect when someone asked her about her family. She and Patrick raised a daughter and son” both born in the late 50s” and welcomed a granddaughter” in the 80s” into their home, as well as countless pets, including a horse named Sassy. Beloved dogs Tina and Angel, who latched onto Patrick, shared the home.

Family, neighbors, and friends will miss this beautiful woman who graced their lives with her feisty and fun-loving spirit that brought joy into the lives of so many. She may have changed her address, but Shirley will never be forgotten. She is survived by her husband of 66 years, son Scott, daughter Lori, granddaughter Danielle Kagamaster, and great-grandson Jonathan Patrick Kagamaster.