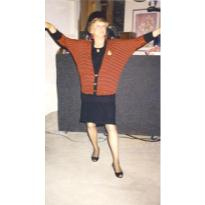 She moved to California on December 7, 1941. She served as a Marine during WWII. She retired from her career as a patent law secretary in 1984. Her smiling ‘Irish Eyes’ and laughter could cheer up any gathering. A lover of games such as Bunco, Dominoes, and cards. Crossword puzzles in ink kept her sharp. She never met a stranger and cherished both her family and friends.

She is survived by her devoted husband of 35 years, Brian R Tansey, her loving daughter, Dena Del Balzo, and her beloved grandson, Daniel Del Balzo, whom she often called ‘her Angel’.