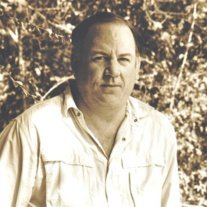 Shawn was born in South Laguna on July 25, 1965. He lived in El Toro for 33 years before moving to Mission Viejo where he lived the rest of his life. He attended El Toro High School and found his love for playing the game of football.

After graduating from UC Santa Cruz, he began a career in commercial real estate. He first joined Grubb & Ellis as a “runner” where he was named rookie of the year. He then went into sales where he had a hugely successful career with CNL Commercial Finance. He became sales manager and CNL was bought by Lehman Brothers. He worked with Lehman until Lehman Brothers led the march to the collapse of the real estate industry.

Shawn loved to travel and fished in Montana three weeks ago. He has visited Scotland, England, Italy, Spain, Mexico, New Zealand and Alaska.

Shawn has made many friends throughout his life. He was funny, witty, generous, at ease being the center of attention. He was loved and respected for his wisdom by his family. He was always available to help anyone with a problem. His presence in this life is a great loss to friends and family.

Shawn was a member of Mission Viejo Country Club for fifteen years. He spent many memorable days playing golf and talking with friends at the club. Thank you Brad for your support of Shawn throughout the years.

A special thank you to Blake Fennell who gave so willingly of his time to guide us through Shawn’s memorial. Many thanks for the assistance of Curt Woods and Mike McLain. Bryce, thank you for the preparation of Shawn’s urn.

This would not be complete without the mention of Shawn’s great love of his life-a black lab named Lucy. He and Lucy had great days and nights together.

He also had a great love for Andrew & Brendan Ryerson.

Shawn is survived by his father, Glenn Cardin of Fawnskin, CA; his sister, Eerin Shumway of Big Bear City; and his only niece Jayme also of Big Bear. He leaves “The Moms,” Bennye Cardin and Cindy Sokol of Laguna Hills.

We are left with only our memories of our beloved Shawnee.

Shawn’s memorial service on Monday, October 7th at 4:00pm will be webcasted and can be viewed live. It will also be available to view again after the service. The webcast can be found at http://app.eventbywire.com/viewevent/?id=504-199.