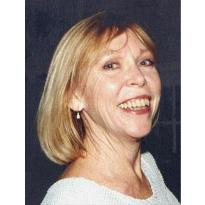 Sharon Rae Economos, 65, of Laguna Niguel, California, passed away on October 13, 2007 after an 11-year illness. The cheerful and optimistic outlook she held throughout her life, did not change while battling an aggressive cancer.

A Midwesterner by birth, Sharon was born in Huron, South Dakota, on February 17, 1942, to Norma and Bryce Selix. She grew up in Aberdeen, South Dakota where she graduated from High School in 1960. She was a member of the National Honor Society, Latin Club, All State Chorus and A Cappella Choir

After attending Northern State University in Aberdeen she moved to Southern California where she met her husband George, also a South Dakotan. On their 40th Wedding Anniversary last June, she described her life in California as ?magic.?

Sharon worked as a legal secretary for a law firm in Laguna Beach for a number of years and later earned both a realty license and an interior design degree. She and her partner formed Chanteclair, an interior design firm in Orange County. She was a member of Saint Paul’s Greek Orthodox Church, the Debussy Chapter of the Orange County Performing Arts Center, and the Laguna Niguel Chamber of Commerce.

Traveling was always a special part of Sharon’s life and she was thrilled to visit Norway her family’s native country on her 60th birthday. But most important to Sharon was her family. She adored her precious grandchildren and was loved by all who knew her. Sharon will be greatly missed by the many people whose hearts and lives she touched.

Sharon is survived by her husband of 40 years, George Economos of Laguna Niguel, California, one son, Steven Economos and his wife Michelle, of Coto de Caza, California, four grandchildren, David, Matthew, Alexandra and Nicole, her mother, Norma Bjerke Selix of Sioux Falls, South Dakota, her brother Jerry Selix and his wife Renae of Lavaca, Arkansas, and her sister, Linda Selix, of Playa del Rey, California. She was preceded in death by her father, Bryce Selix and both her maternal and paternal grandparents.

The family would like to express gratitude to all their family and friends who were so helpful and supportive of Sharon over the past several years. A special note of thanks to the staff of Country Villa Healthcare Center, whose loving care of Sharon gave her great comfort and support.

The family respectfully requests that memorials be made to the International Twin Transfusion Institute. This institute fights the disease that almost took her twin granddaughters.