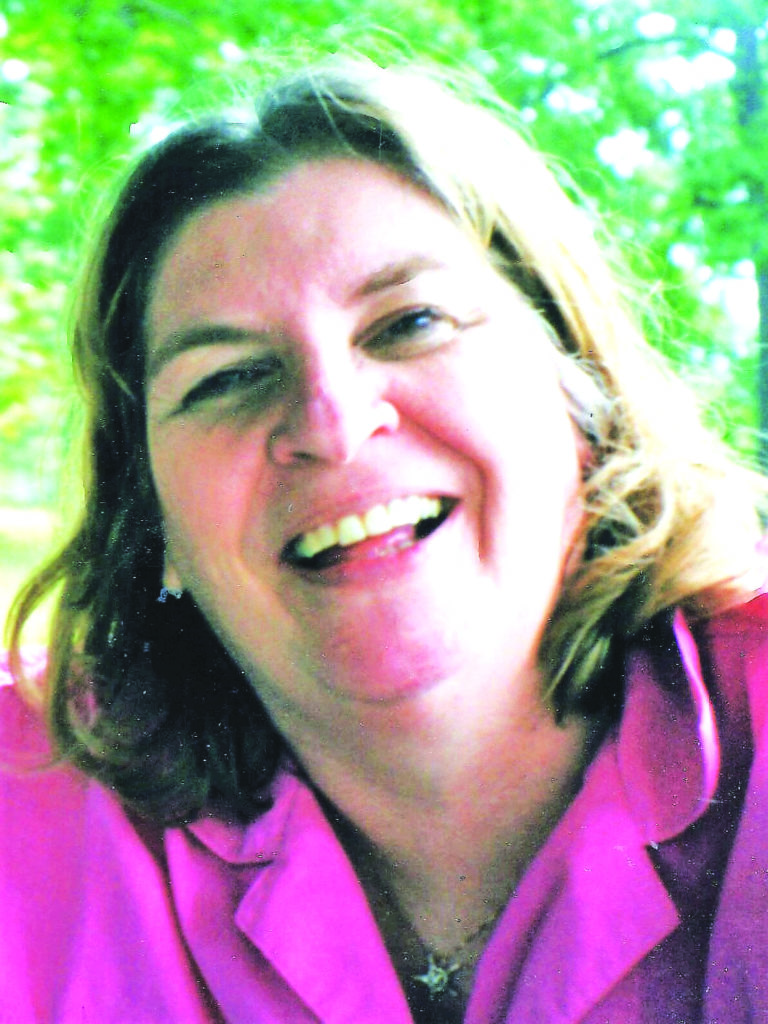 Laguna Niguel, CA – Our hearts are hurting. Sharon Ann (Van De Ven) Devenney – Sherry, 67 years old, died at home on July 3, 2018 as a result of the Multiple Sclerosis that she courageously battled for 31 years. Sherry was born August 7, 1950 in Green Bay, WI to Elizabeth (Keyser) Van De Ven and the late Clayton Van De Ven. On April 6, 1973, she married Dennis Devenney, and they lived many places around the world during his Army career, retiring to Orange County, California.

Sherry was a wife, mother, grandmother, daughter, sister, sister-in-law, aunt, great-aunt, niece, and friend. She was an amazing and accomplished artist, from floral design to acrylic, oil, water colors, mixed media paintings. The MS gradually robbed her of the ability to paint, but she still saw things with an artist’s eye and would often “air paint.” She was also very athletic, including downhill skiing, softball, and winning a gold medal in a tennis tournament in West Germany. She was also an excellent swimmer, and made sure her son Christopher could swim like a fish starting with drown-proofing classes as an infant. Sherry placed second in Monterey’s baking contest with her Mexican cornbread recipe. She was a gallon+ blood donor to the Red Cross, and volunteered for numerous charities throughout her life.

She graduated from West De Pere High School, having become one of “The Three Musketeers” with Kris Luebke Parmentier and Lynn (Linda) Coenen Leininger.  After graduation, Sherry worked at Sheltered Industries/Curative Workshop (now Curative Connections), where she made many friends among the staff and clients. She met Dennis at Kris’ wedding, and from there she took off on her many adventures.

Sherry made a home and many friends in every new place they were stationed. She was thrilled when she had their son Chris in March of 1977. Her unending kindness and generosity were only part of her charm. She lit up a room when she entered, and everyone wanted to be near her. Her happiness when Chris and Susy had her grandson Kylo was evident, and he brightened her days during her last two-plus years. Sherry never lost her sense of humor, her courage, or her zest for life, even as her MS progressed. She was so loving and so well-loved.

She is survived by her husband of 45 years, Dennis “Irish” Devenney; beloved son Christopher (Susy); and adored grandson Kylo; as well as her mother, Elizabeth Van De Ven. She is further survived by her siblings: Judy (Joe) Lallaman; Connie (Scott) Greenawald; Mike (Michele) Van De Ven; Jim Van De Ven; and Michelle (Mike) Hagerty; as well as Dennis’ brothers and sisters, Charles, Michael, Irma, Nora, and Mary. In addition, she has many aunts, uncles, nieces and nephews, including her godson Joey Lallaman, cousins, great-nieces and nephews, and friends – of which there are a multitude – Sherry never met someone she didn’t befriend.

The family extends their appreciation to Doctors O’Carroll and Gwendolyn Brophy, Neurologists.

In lieu of flowers, memorial donations in her name are suggested to the National Multiple Sclerosis Society for research, online at the “In Memory of Sharon Ann (Van De Ven) Devenney” Fund at: http://main.nationalmssociety.org/goto/Sharon_Ann_Devenney, or mail to: 1120 James Drive, Suite A, Hartland, WI 53029.

Messages of condolence for the family may be sent to: InMemoryofSherryDevenney@gmail.com.