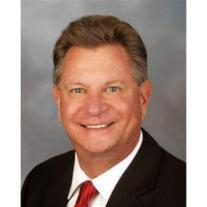 Scott Norton, 56, loving Father to Brian (Vanessa) and Angie (Wyatt Wilkerson), passed away December 11, 2012, after an incredibly courageous battle from the effects of Bile Duct Cancer.

Scott was a devoted father, brother, and friend whose greatest pleasure was bringing happiness and laughter to those around him. He enjoyed helping others and his selflessness was surpassed by few. Scott spent his childhood and young adult life in Lake Forest, Illinois, before moving to Southern California. In Orange County, he excelled as an award-winning salesman, initially with the Yellow Pages and later as a top producing real estate agent.

We chuckle a bit as we’re composing and brainstorming for an appropriate send off for a guy that is simply irreplaceable and indescribable. Scott had no known aversion to any adventure. Whether hiking, mountain biking, speeding his craft to Catalina in record time or rounding a track whether car, snowmobile, quad, dirt-bike and ‘hogs,’ he loved it all! Scott lived a dozen lives within his too brief stay among us. He laughed at his own jokes before he told them and boy did he ever have stories! He worked hard and lived his life to the fullest. We will sorely miss him.

The family would like to give special thanks to his brother, Dennis; and sister, Donna for the extraordinary love and care that they have provided both throughout his life, and especially through his last months.

In lieu of flowers, Memorials may be sent be sent to www.Cholangiocarcinoma.org.