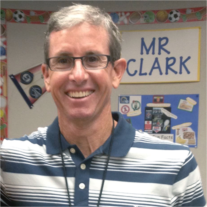 Scott Charles Clark, age 55, of Laguna Niguel, was tragically injured while jogging and succumbed to those injuries on February 7, 2017. Scott was training for his fifth Ironman competition.

Scott has been a fifth grade teacher for 20 years in the Capistrano Unified School District, teaching at Truman Benedict Elementary School and at Laguna Niguel Elementary School. Prior to teaching, Scott was a trained chef and worked for the Hilton Corporation.

Scott has been married to the love of his life, Christy (Bjorklund) Clark for 30 years and has been a devoted husband and father to their two children, Griffin Charles (27) and Emily Christine (24.)

Scott was passionate about teaching, devoted to his family, enthusiastic about sport and training for his races. He was very disciplined, but extremely funny and lighthearted! Nobody could ever say a bad word about Scott.

In lieu of flowers, please consider donations to “Mothers Against Drunk Drivers.”