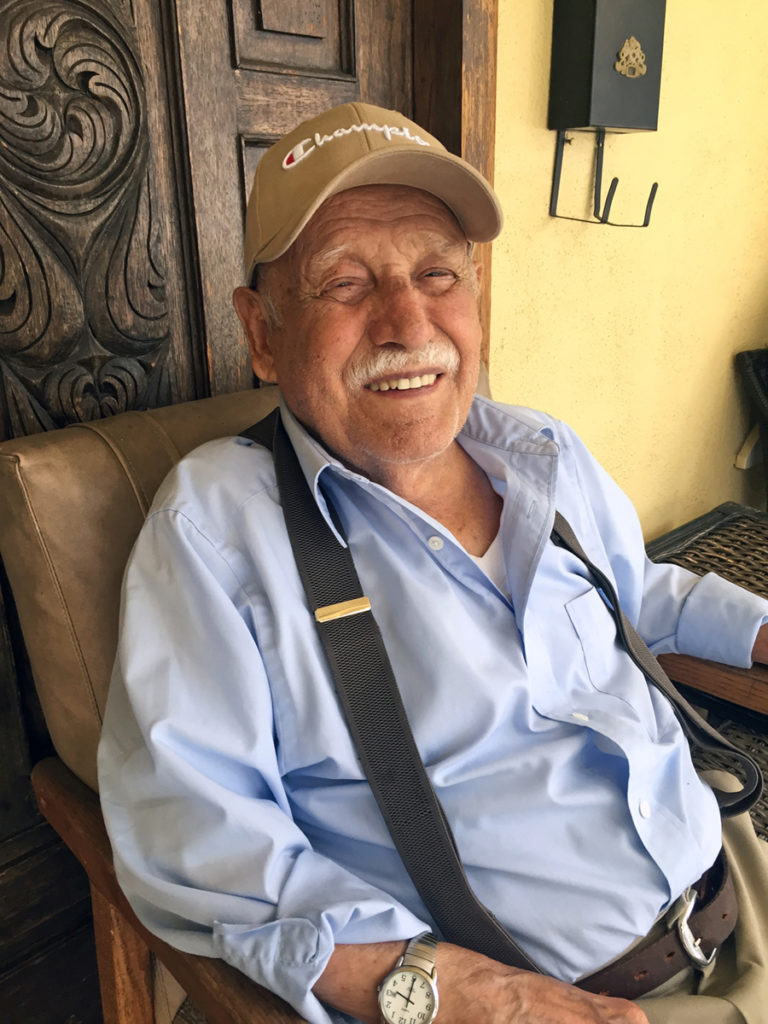 Santiago is survived by his wife of 63 years, Concha Ruiz Corral and his four daughters: Rosemary, Gloria, Dolores and Christina.

They were also blessed with 7 great grandchildren; Daniel, Aleyda, Cruz, Giselle, Andres, Sophia and Hailey. And with 2 great granddaughters on the way!

Additionally, he had many “adopted” grandchildren that lovingly considered him and called him Grandpa.

Santiago was born and raised in San Bernardo, Durango. He was the eldest of 6 siblings. Being that he was the eldest, early on he was taught to work and help his parents provide for his family which he did with pride.

In 1957 when he and Concha married, he took the discipline and the hard work ethic that his father taught him and applied it to his life here and in the raising of his daughters. Santiago was a man of many traits and was always willing to learn, work hard and better himself in order to provide a better life for wife and his daughters here and his family in Mexico.

The most important thing that Santiago instilled in his family was the importance of family unity and support. It was important for him that his daughters were raised understanding the importance of the family’s roots. Therefore, every Christmas he, his wife and 4 daughters would make their yearly trip to Mexico in a pick-up truck with a camper filled with used clothes, school materials and household necessities to gift to his brother and sisters and their families. It was always an exciting time in San Bernardo when Santiago was coming into town!

He was a man that not only looked for any opportunity to better his life but also helped others to better their lives as well. Santiago and Concha were known for their hospitality. If there was ever anyone in need, anyone that needed a place to stay, a hot meal or support, it was known that the doors to their home were always open. There are many people that they helped because it’s what he truly wanted to do, it’s what came from his heart, it’s what he was taught as a young son to not only help himself but others as well.

Santiago and Concha spent 63 blessed years together. When Santiago met Concha, everything changed and she was the one. He was willing to leave the only life he knew in Mexico in order to make their life together here in the US. There was a lot of sacrifice made by both of them for their love and their family.

Santiago was loving husband, Dad, brother, son, uncle, grandpa, great-grandpa, great-great grandpa and compadre. He was very respected and very loved by many people in his lifetime. He was a great provider, he was strong willed, and a fighter until his last breath. Through his many illnesses during the latter part in his life, he always prevailed and always kept pushing forward and kept fighting not only for himself but for his family that loved him so dearly.

Dad/ Grandpa ~ We can’t believe you are gone. We are going to miss you so much.