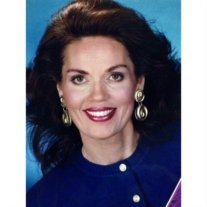 Sandra Kay Easton Earnest died Friday, July 19, 2013 at the age of 64, from the effects of rapidly growing cancer. She passed peacefully, at home holding the hand of her husband Loren Stanle Earnest and surrounded by loved ones.

Sandra attended Brigham Young University where she met and married Loren Stanle Earnest. They were married and sealed for time and all eternity in the Los Angeles California Temple of The Church of Jesus Christ of Latter-day Saints on June 26, 1970. Sandra and Stan had 10 children between the years 1971 and 1987 while living in Provo, Utah; Troy, Michigan; and Laguna Niguel, California. Sandra’s life work was her family. She was the most loving and diligent wife and mother. Her highest and most noble goal in life was to do the will of her Father in Heaven; to raise, with her eternal companion, children unto to the Lord and to bring as many as she could to the light of the gospel of Jesus Christ. Nothing else mattered to her.

Sandra was a leader among her peers and served in the LDS Church multiple times as president of all of the auxiliaries; Primary, Young Women, and Relief Society. She was serving in the Irvine Stake Relief Society Presidency up until her death; she did not want to be released.

In 1992 Sandra entered and won the Mrs. California pageant. She was 42 and had 10 children. She went on to the Mrs. USA pageant in August of 1992 and won. She held the official title of Mrs. USA 1993. With Stan, Sandra was able to travel around speaking and promoting the ideals of strong marriages and families. When asked what her goal for the year she would reign as Mrs. USA would be , she said, “I would love to have the opportunity to congratulate the many men and women who believe in strong marriages and strong families’men and women who quietly work daily to build their marriages and families with values of integrity and morality. I would congratulate and honor them.” She echoed and endorsed prophets who have proclaimed, “The greatest work any of us will ever do will be within the walls of our own homes.”

Of all of Sandra’s service to others, her work with the youth of the church was paramount. Sandra served as an early morning Seminary teacher for 6 years. The high school students she taught, including many of her own children, were greatly influenced by her love for them and her love for our Savior Jesus Christ. They each grew to know Him better because of knowing her. They felt His love for them, through her. Sandra also cherished the time between 2006-20008 that she was able to teach missionaries at the Missionary Training Center (MTC), of The Church of Jesus Christ of Latter-day Saints in Provo, Utah.

The highest compliment anyone can pay to Sandra is to acknowledge that they are closer the Lord Jesus Christ because of knowing her. The legacy she leaves behind is of the same accord. All of Sandra and Stan’s 10 children and their spouses have firm testimonies of the reality of our living Savior Jesus Christ, and the true happiness that comes in this life by abiding by His teachings. Her 30+ grandchildren are growing up in loving homes where strong marriages and family values are taught by example. Sandra has left a legacy of love, faith, and devotion to family, and to our Heavenly Father and His Son, Jesus Christ.

“God be with you till we meet again.”

Public Memorial Service to be held Saturday, July 27, 2013 at 10am at the Irvine Chapel (Stake Center) of the Church of Jesus Christ of Latter Day Saints, 23 Lake Rd., Irvine, California 92604.