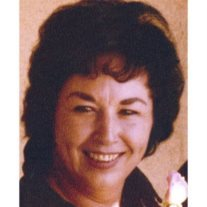 Sandra, Sandy, Grandma Sandy called San Diego her home where she married Billy Pond in 1954. She was an optometric trainer in the 60’s, then spent the rest of her life as a homemaker. Sandy took pride in her family and her homes both in San Diego and later in Irvine. She loved music, crocheting, painting, reading and having numerous home projects going at once. She was a devoted wife, mom and grandmother, and was a great friend to many. She took on the problems of those close to her as if they were her own. She used her great sense of humor to defuse the most challenging situations – including her own; and she always put smiles on the faces of those challenged. Many friends said she was the life of the party. She will always live brightly in our hearts.