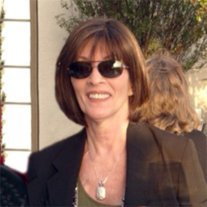 Sandra Ann Handy, 66, of Mission Viejo, passed away September 15, 2013 at her home in Mission Viejo, California. She was born April 9, 1947 in East Liverpool, Ohio, to Will and Lillian Rowley. She married George Handy, and he survives.

Sandra was a longtime resident of Orange County, California where she lived since leaving her childhood home in East Liverpool, Ohio. She graduated from Bolsa Grande High School in 1965. Sandra went on to work in sales and as a personal trainer.

She loved to read, enjoyed shopping and spending time with her grandchildren.

8 responses to Sandra A. Handy