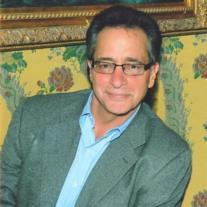 Sam Marzullo died Monday September 21, 2015 at Cedars-Sinai Hospital in Los Angeles from complications of cancer. He was 68 years old. His wife of 45 years, Candyce Marzullo, and four daughters were by his side.

He had a long and successful career in sales at National Cash Register, Texas Instruments and Seagate Technology.

San Juan Capistrano was his home for 35 years. He loved SJC and embraced the western culture. He spent many years on horseback. Sam was an avid UCLA sports fan and had perfected the art of tailgating at the Rose Bowl. He was a cigar collector and wine connoisseur. He lived for his wife and daughters, “the girls.” He was enamored with his grandchildren.

A prayer service is planned for 10:30am Monday September 28, 2015 at The Mission San Juan Capistrano.