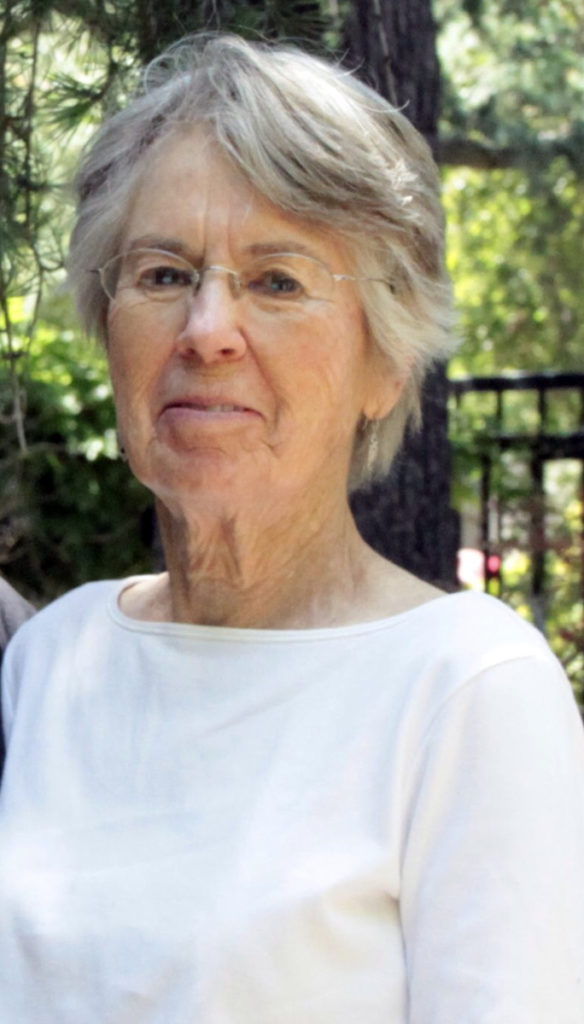 Beloved wife, mother and grandmother, Sally McGuire passed away peacefully on January 4, 2021 in Rancho Palos Verdes, CA of natural causes at 91 years of age.  Sally moved to the peninsula in 2014 from San Clemente, where she lived for many years with her husband, Harry McGuire, who pre-deceased her in 2010.

Sally was born in Brockton, Massachusetts on July 12, 1929 to Stanley and Pauline Parmenter, the youngest of two daughters. She attended Antioch College in Ohio where she studied writing.  Harry met Sally in 1949 when they were best man and maid of honor attendees at her sister Jane’s wedding to his childhood friend, Ralph Armentrout.

They immediately moved to Oak Park, Illinois where Harry worked for United Airlines and had an itinerant life raising their three children by moving around the country due to his work in the airline industry. After Oak Park, they spent the next 30 years moving from Denver, Colorado, to Northport, New York, Andover, Massachusetts and finally Sewickley, Pennsylvania before retiring to Southern California. In 1970, Sally opened a successful gourmet cheese shop in Andover, The Butler’s Pantry which was a unique business at that time. Upon Harry’s retirement, the couple moved to San Clemente, California to be near their grandchildren. They spent many enjoyable years together, travelling the world and experiencing beach life. Sally volunteered in every community along the way. In the last 30 years she was a longtime volunteer at the San Clemente Library and tutored English as a Second Language. She loved the ocean as well as all nature, movies, mysteries, good food and family.

Sally is survived by three children, Susan (Nicholas), Mark (Debra) and Paul (Lauren), and five grandchildren, Carly, Hanna, Allison, Katherine and Andrew, all of whom are saddened by her passing but relieved she has gone on to a better place.  She will be missed.

Donations in her memory may be made to KUSC-FM Radio and the Sierra Club.