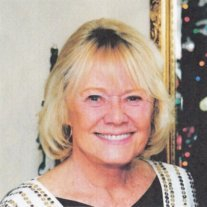 On October 10th, 2013, at 1:55 in the morning, our beautiful mother, Sally Ann Kennedy, took her final breath here on earth. Her daughters, Karol, Kim and Kristine, along with her eldest granddaughter Tailene, were by her side.

Sally was born on August 15th, 1942, in Ferndale, Michigan, the city in which she grew up. She had a wonderful childhood participating in Bluebirds, Campfire Girls and her Lutheran church. She was especially close to her brother Richard, who was six years older. He would come home from High School to make Sally lunch during her elementary school years and she remembered these days quite fondly.

She graduated from Ferndale High School in 1960 and was her class Homecoming Queen. Her class nicknamed her “Our Gal Sal.” After graduation, Sally worked as a secretary for the FBI. In 1961, Sally came to Los Angeles for a vacation and stayed with a friend from Michigan. Needless to say, she fell in love with California as well as a handsome young man.

Sally married Ian Kennedy in 1962 and quickly started a family. Karol arrived in 1964, Kim in 1965, and Kristine in 1967. She was a young 25 year-old mother of three under the age of four. She handled this task effortlessly, often taking the young brood to the beach by herself for the day. In 1968, the Kennedy Family moved to beautiful Bluebird Canyon in Laguna Beach, California. Her home was quite the gathering place for all of the neighborhood kids. The backyard pool was always filled with activity and there were plenty of games of kick-the-can out in the street. For many years on Christmas Eve, Sally welcomed the neighbors to her open house after church services. She also volunteered as a Brownie and Girl Scout leader for many years, taking all the troops camping, building parade floats, and hustling Girl Scout cookies at the local grocery store. She was always energetic and never said no to any activity that involved fun times for her children.

In 1985, Sally and Ian separated and ultimately divorced. Sally bought a house in nearby Santa Ana, which was very close to South Coast Plaza and the law firm where she was employed as a legal secretary. Her new home soon became the gathering place for friends and family. Pool parties always kicked off the summer season and the Fourth of July was always quite special there as we were able to put on a spectacular show of fireworks.

From 1989-2012, our mom became the grandmother of six grandchildren and one great granddaughter: Tailene and Shane Wolmerath, Oliver and Piper Hammond, Kenna and Kaelyn Rudolph, and Hailey Rae Wolmerath. She cherished babysitting them and they even had a room of their own to play in at Grandma Sally’s house.

Sally retired in recent years and she became an active member of the Carmen Chapter of The Guilds of Segerstrom Center for the Arts. She made many friendships within this lovely group of women and was serving as their Chairman this year. She also remained very active with her former Ferndale High School classmates from the Class of 1960, attending several reunions over the years and keeping in touch through Facebook.

Our mom learned of her lung cancer diagnosis in early August of 2013. She conquered her smoking addiction two years prior, but the damage had been done. Her cancer did not respond to two courses of chemotherapy. It was stage four. It metastasized to the pleural space surrounding her lungs. She showed a gallant effort and kept up her spirits as best as anyone could in her circumstances.

Sally was very impressed with the many support systems at Hoag Hospital, particularly the palliative care team was very supportive and helpful. We, as a family, thank them very much. St. Michael Hospice was called in eleven days before Sally passed away. They treated her with such kindness and dignity. She had fulltime nursing care for her last three and a half days. Our sweet mom slipped into unconsciousness and forty-five hours later took her last breath. It was very peaceful.

Our beloved mom was the matriarch of our family and very involved in all of our lives. She will be greatly missed.

All of us from Sally’s family would be honored if anyone who was touched by her kindness over the years made a donation of any amount to St. Michael Hospice. Donations in her memory should be sent directly to St. Michael Hospice, 5 Corporate Park Drive, Suite 100, Irvine, CA 92606 (http://stmichaelhospice.com/giving/).