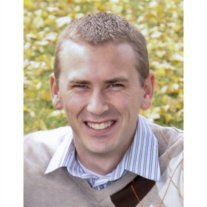 Ryan William Conley of Irvine, California, passed away September 8, 2013, at the age of 29. Ryan was born May 24, 1984, in Newport Beach, California, to Bill and Janeen Conley, who adored him his whole life long. He was the beloved baby brother to three sisters.

Throughout his happy childhood, Ryan was his Dad’s ‘Buddy’ and followed him around as his little helper. He had fun golfing, bowling, and playing basketball and all sorts of games with friends and family. He attained the rank of Eagle Scout in the Boy Scouts of America. Ryan loved scouting and enjoyed the camaraderie with his friends in Troop 156.

Ryan met the love of his life, Tiffany Sunshine Gates, when he was 16 and she was 14. They were smitten from the start and became the quintessential high school sweethearts. After graduating from Woodbridge High School, Ryan attended Brigham Young University-Idaho for a year. He then served a two-year mission for the Church of Jesus Christ of Latter-day Saints in the Brazil, Maceio mission, where he loved and served the Brazilian people and shared with them his great faith in our Savior Jesus Christ.

When Ryan returned from his mission, he and Tiffany continued their storybook romance. They were married in the Newport Beach LDS Temple on May 26, 2006. He was overjoyed to be sealed to her for all eternity. They were blessed with two beautiful daughters: Brooklyn Leila in 2009, and Zelda Kate in 2011. His girls were the light of Ryan’s life. He was a devoted, hard-working, and fun-loving father. The family especially enjoyed their frequent trips to Disneyland together. Ryan’s great love for Tiffany and their girls was evident to all who knew him.

Ryan inherited his Dad’s interest in computers. He earned a bachelor’s degree in information technology from Brigham Young University in Provo, Utah. Ryan was able to combine his IT skills with his lifelong love of video games in his dream job at Blizzard Entertainment in Irvine.

Ryan is survived by his wife Tiffany and his daughters Brooklyn and Zelda; his parents Bill and Janeen Conley; his grandmother Margaret Howe; and his sisters Jennifer Lucas (John), Erin Hakes (Randy), and Lisa Funk (Andy). He is also survived by his parents-in-law Ed and Kriss Gates, and his siblings-in-law Charise Johnson (Bill), Amy Dittbrenner (Wayne), Chuck Gates (Ashley), Mitzi McBride (Mike), and Lani Hock (Michael). In addition, he leaves behind 27 adoring nieces and nephews.

Memorial services will be held on Friday, September 13, 2013, at 10:00 a.m. at the Church of Jesus Christ of Latter-day Saints on 23 Lake Road in Irvine, California. Interment will follow at El Toro Memorial Park in Lake Forest, California. All who would like to pay their respects to the family will be received at a gathering on Thursday, September 12, 2013, from 6:00 p.m. to 8:00 p.m. at the church.

Donations to a memorial fund for Tiffany, Brooklyn, and Zelda can be made online at www.ryanwilliamconley.com.