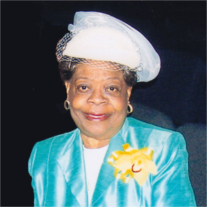 Ruth Major Turner was born on April 24, 1933 in Charleston, South Carolina, to Solomon and Alma Wilson Major. Of the ten children born to this couple, Ruth was the eighth child born into this strong family of the South. Her father, Reverend Solomon Major, of St. Jude AME Church in Charleston, South Carolina, had a strong work ethic, which he passed onto his children. Ruth believed in her father’s and mother’s teachings; working hard all of her life for her family and those that she cared for and loved. She met and married Robert Edward Turner – a Marine stationed near Charleston, South Carolina. Thus, began a life of military community and culture. This union was blessed with four children – Elaine Turner Wilkins, Anaheim, California, Ronald Edward Turner (Gwen) Lancaster, California, Regina Elizabeth Turner ( deceased) and Richard Earl Turner (Lisa) of Lake Forest, California.

Ruth Major Turner worked sporadically but consistently over 30 years as a federal employee in various positions, finally retiring from El Toro Marine Corps Air Station, where she had been employed as a Tailor. She was not only creative with material, thread, and yarn, but she was an excellent cook with savory foods and baked goods. She enjoyed her garden and produced award winning plants, flowers, vegetables and fruits. Her life was full and satisfying, helping and touching countless other lives along the way. She was a true helper. She was an active member of Christ Our Redeemer African Methodist Episcopal (AME) Church in Irvine, California, until her health declined.