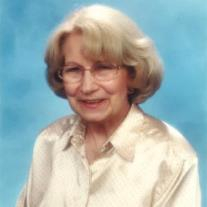 Mrs. Jelinek is survived by her sons, Jeff of Irvine, CA and Ross of Collegeville, PA; her sister, Virginia Gordon, four grandchildren, four great-grandchildren and an extended family of nieces and nephews.

A Mass of Resurrection will be celebrated for Mrs. Jelinek at the Mother of Divine Providence Church, 333 Allendale Road, King of Prussia, on Thursday, December 18, 2014 at 10:30AM. Friends will be received from 9:30 – 10:15AM at the Church. Ruth will rest next to her husband Raymond at Calvary Cemetery, Matsonford Rd., Conshohocken. In lieu of flowers, memorial gifts may be made in her name to the American Cancer Society.