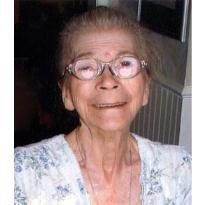 Ruth J. Booz, 87, was born October 8, 1921 in Drexel, Missouri and passed away March 30, 2009 at St. Bernardine’s hospital San Bernadino, CA. Ruth retired from North American Rockwell Aircraft and was a Realtor the later part of her life. She was also a Docent at the Mission San Juan Capistrano. Ruth was a resident of Laguna Niguel for forty years. Ruth is survived by her son and daughter in-law, Michael and Christina Spinelli, daughter and son-in-law, Linda and Jim Thompson and step-daughter and step son-in-law, Connie and Chris Isaac; 6 Grandchildren and 7 Great-Grandchildren. A Graveside Service will be Monday, April 6, 2009 at 11:00 A.M. at Ascension Cemetery, Lake Forest, CA. In lieu of flowers, a donation can be made in Ruth’s name to CHOC of Orange at www.choc.org.