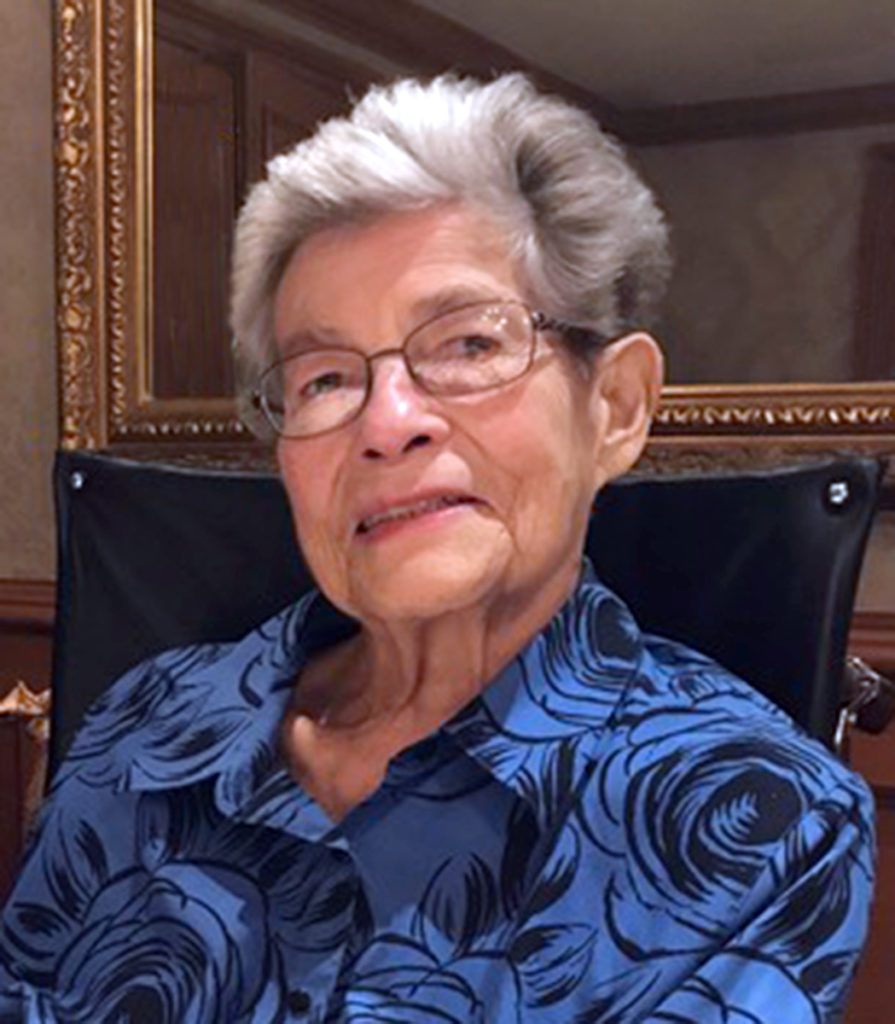 A native of Chicago, Illinois she moved to Long Beach, Calif in 1948.  Ruth had a degree in Chemistry from Immaculate Heart College and a Master of Library Science from the University of Southern California.  In 1950 she married Lawrence C. White and eventually they settled in Palo Alto, CA where they raised their two daughters, Anne and Catherine.

She worked for many years at the Shirley Cobb Bookstore in Palo Alto, in addition to volunteering with the PTF, various church committees and Friends of The Library wherever she lived.  She also was a Red Cross blood donor.  An avid bridge player, Ruth achieved Life Master in 2007 and Bronze Life Master in 2009. When not playing bridge, she was reading.

Upon retirement, Larry and Ruth moved to La Conner, WA where she resided for 12 years.  In 2002 she moved to Dana Point, CA to be close to Anne’s family.  She was an active volunteer at The Fountains, serving on the residents’ Board of Directors and multiple other committees.