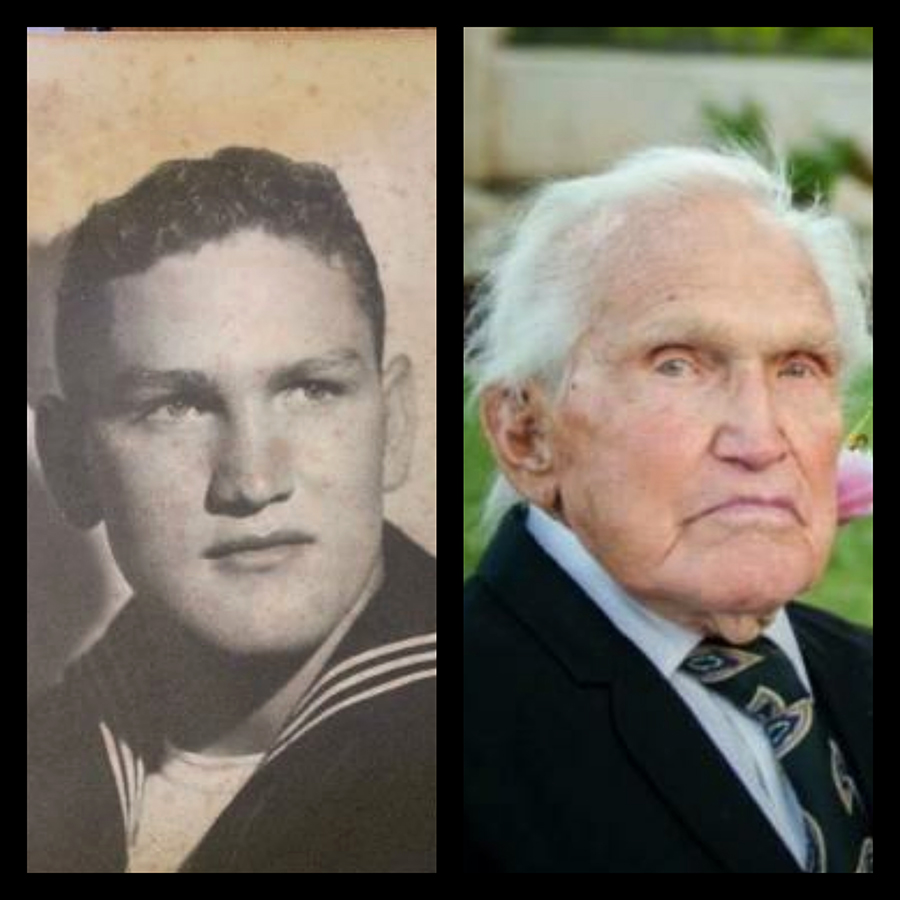 Russell Knox Boyd passed away peacefully in his home surrounded by family on Friday, March 9, 2018, in Phelan, California at the age of 91. Knox Boyd is survived by his companion Linda Salter; two of his sons, Michael Leslie Boyd, and Jeffery Lynn Boyd and two daughters Heidi and Taina Boyd as well as 14 grandchildren and 16 great grandchildren. He is preceded in death by his two sons, David Alan Boyd, and Russell Steven Boyd as well as his five siblings, Kenneth Jack Boyd, Dennis Flin Boyd, Douglas Fairbanks Boyd, Richard “Scrumpy” Boyd, and Bernice Boyd.

Knox was born on the tenth of June, 1926 in Porter, Oklahoma to Richard Millard Boyd and Atta Belle Kirksey/Boyd. He graduated from Fullerton Union High School in 1944 and promptly joined the United States Navy that same year and served until 1947. He married Mary Louise Dale, in 1947. Over eight years, the couple welcomed 4 boys into their home.

Knox took pride in being a jack of all trades and would never part ways with a single penny to pay someone else for something he could do, fix, or build himself. From carpentry to masonry, to anything that went fast or had a motor; he could build, fix, or create anything he put his mind to. His sense of humor was notoriously quick witted and his one-liners are something his surviving family will cherish alongside of his memories forever.

A funeral is scheduled for Monday, March 19, 2018 at McAulay & Wallace Mortuary, 902 N. Harbor Blvd. Fullerton, California. A viewing is scheduled for 10:00 am and services will start at 11:00 am. All are welcome to attend and celebrate Russell Knox Boyd’s life. The family would like to give a special thanks to Neil O’Connor of O’Connor Mortuary and John Ramos for all of their assistance.