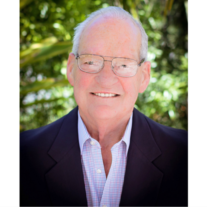 Born in 1937, Roy was one of seven children. After high school, he enlisted in the Navy and served as a corpsman, attached to the Marine Corps. Following his honorable discharge, he enrolled in college as a pre-med major. After starting his own family while still in college, he gave up his goal of becoming a doctor and graduated from the College of the Pacific in 1963.

Throughout life, Roy had always looked at ways to solve problems. While playing college football, “the school of thought” at that time was for offensive linemen to block with their heads up. Since there weren’t any existing blocking sleds available to emulate the technique, during his junior year at COP, Roy invented and patented the Bull Sled which became the gold standard for blocking sleds in the NFL and college teams for years.

Following his college career, Roy played for the College All Stars in which the top college all-stars played the Super Bowl Champions. For the only time in its history, the All Stars beat the Green Bay Packers 20-17. In 1963, he was drafted in the 2nd round by the Detroit Lions and finished his pro career with the San Francisco 49ers. Roy and his family were inducted in Stockton’s Hall of Fame (1995) and then inducted into the University of the Pacific’s Hall of Fame in 2008.

In 1964, Roy founded The Williams Group, a pioneering family-coaching firm for ultra-affluent families and business owners throughout North America and Canada. Over the years, Roy authored, or co-authored, five highly acclaimed books on wealth transition-related topics, including Preparing Heirs, Philanthropy, Heirs & Values, and his most recent book, Bridging Generations will be out October 30th.

Roy, then president of UOPs Quarterback Club, along with athletic director Cedrick Dempsey and benefactor Bob Eberhardt began the process of merging the Quarterback Club and Casaba Club, a similar support group for basketball. It was then in 1970, the combination of those two clubs created The Pacific Athletic Foundation.

Roy was a pioneer in his field. A highly acclaimed author, speaker and acknowledged Dean of Post-Estate Transition Research and Planning, for five decades Roy assisted affluent families and successful business owners through the challenges of wealth transfer.

In 1994, Roy completed a groundbreaking 20-year study of 2,500 families to determine why 70% of families had lost their wealth transfer. Roy learned that the problems arose from a breakdown of trust and communication among heirs who were unprepared for financial responsibility. That year, Roy was awarded a doctorate (honoris causa) by the California School of Professional Psychology, the largest graduate school of professional psychology in the nation. This honor was given in recognition of Roy’s 30 years consulting with successful families on the crucial roles of trust, communication, and transfer of wealth.

In 1995, Roy was privileged to speak before The House of Lords in London. He has been quoted in The International Herald Tribune and The Financial Times, regarding his work in the wealth-transfer field. In 2009, he co-founded the Institute for Preparing Heirs which trains advisors on the non-financial impact of family wealth transition.

A Celebration of Life is planned on Saturday, Nov. 11, 2017, at St. Edward’s Church in Dana Point, CA. A private gathering will follow.