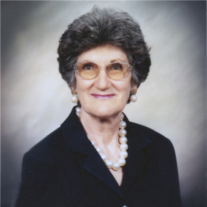 Rosemary was born in Pueblo, Colorado in February 1930. She attended a Catholic grammar school while living there. Rosemary’s parents, Wilbur and Rose Stocker, decided to move to California when she was finishing the eighth grade. They moved to a small town named Shafter. Rosemary attended high school in Shafter. After high school she went back to Colorado and attended Loretta Heights College for one year. She then returned to California and took a job in a doctor’s office in Bakersfield, CA. Within a year she met Earl Melvin and was married, started a family and lived in Taft, CA.

Through the years she raised 3 children, worked as a secretary and was active at St. Pius X Church in Santa Fe Springs.

Eventually Earl and Rosemary moved to San Juan Capistrano for retirement. They retired in 1982.

Rosemary became active at the Mission in San Juan Capistrano. She taught CCD for 30 years, was a part of the choir, and volunteered for many activities such as the Mission Rummage Sale. She had a passion for her Catholic faith and to help the community at the Mission.

And final remarks are that Rosemary was the family rock. She coordinated and held the family together for holidays, education and the Catholic faith. She was an active grandmother and had a close relationship with her grandchildren. Rosemary will always be in our thoughts and her memory will live on.