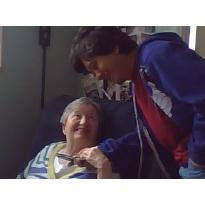 Rosalind A. Ross, 80, was born June 11, 1930 in Oakland, CA and passed away December 25, 2010 in Laguna Hills, CA. Rosalind spent 19 years as a Sister of the Holy Names of Jesus and Mary. There she was known as Sr. Maria Beata. After leaving the Order, Rosalind worked for the County of Los Angeles Department of Social Services for 25 years retiring as a Deputy District Director.

Rosalind is survived by her brothers, Charles Doran Ross and Richard Ross. She was preceded in death by her parents Charles and Louise Ross; brother Roderick Ross and sister Patricia Taylor.