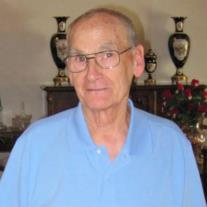 Ron was born to a working family in the coal transportation and delivery business. As a child, he was small in stature, but developed strength well beyond his size by delivering bags of coal to local residences and businesses. This strength carried on throughout his life and became very useful working with his hands in copper pipe manufacturing, in his own lumber yard, in their grocery store, in his automobile sales lot (where he moved cars around by hand – literally), in the antique business (moving large estate pieces back from auction by himself) and even to control the occasional unruly patron at his wife’s jewelry store aptly named “Edna” in Bilston.

Ron met Edna first when helping her up from a bicycle mishap when she was a little girl, remembering her, years later, when he asked her for a dance. They married young and lived a life together, recently celebrating 60 years of marriage.

Ron loved his wife Edna, son Michael, and daughter Victoria and built a life for them in Wednesfield, England, where they lived in a large English Tudor just down a few blocks from Edna’s parents. He and Edna made sure their children had the best education, sending both to the private and exclusive Royal Wolverhampton School.

Ron was known for his great ability to strike up conversations with people, starting and thriving in various businesses, and his generosity. He also loved adventure — driving across Europe and seeing the world through the windscreen. He didn’t stop as much as his family wanted, but he loved to drive no matter where it took them. He didn’t care much for maps or asking directions. This pursuit landed them in some dicey spots, but made for lasting memories, some fond and some downright scary.

Continuing in the adventurous spirit, Ron moved his family to the United States, where they bought a home in San Juan Capistrano with a view of the Pacific Ocean. From the heights of his hilltop perch, he could see Santa Catalina Island on clear days, but also the I-5 freeway, which he kept watch affectionately known as Gangad Cam.

In California, he raised his family and watched them grow up, but not move far, all staying in Southern California and in close touch.

Ron made quick friends with his knack to strike up conversations, quick whit, love of hardware (Home Base, Home Depot and Lowes) and free paint. Ron also loved to sing, especially Frank Sinatra, and ran Karaoke night at a couple of restaurants nearby his home.

Ron’s son and daughter both married, and he loved their spouses (Lisa and Mark) as if they were his own children. He was perhaps most fond of his grand daughter Emily, whom he adored and fittingly was the last person he was with.

He was very generous and completely honest. You always know what he felt, but it was this solid base that everyone relied on.

Ron was not fearful of death. His honesty and purity of life left him little regrets, except wishing more for others, not himself.

We cannot believe he is gone. Someday, hopefully, the huge hole in our hearts will mend. He will be missed, never forgotten, and ever present, living in each of us every day. 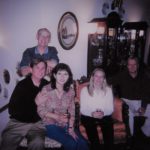 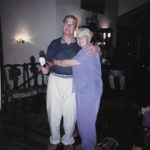 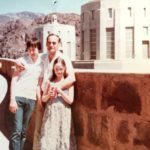