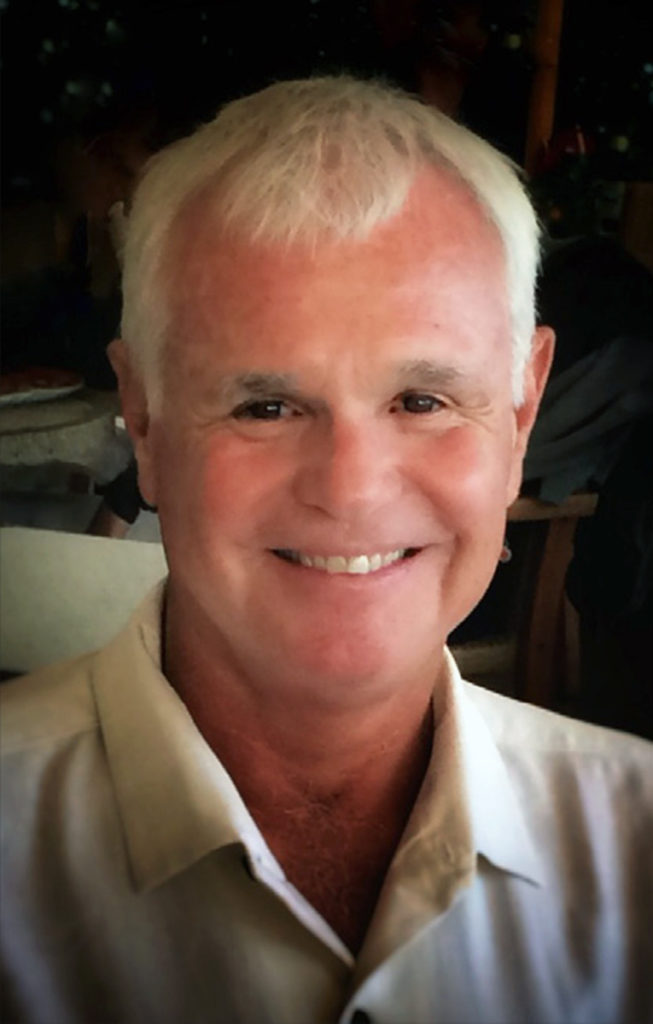 Ron will be remembered as the most loving and devoted husband to his wife, Leslie, and an amazing and proud falher to his three children: Bradley (wife Brandy) from Bishop, Jeffrey (wife Anabel) from Aliso Viejo and Jennifer (fiancée Kelly) from Aliso Viejo. He is survived by his eight cherished and adoring grandchildren (Clarissa, Nathan, Cameron, Samantha, Jake, Branden, Chase and Friday). Ron is also survived by three loving brothers: Jim (wife Marla) from WA, Dave (wife Susie) from lndiana and Steve (wife Shannon) from Colorado. And Uncle Ron was a favorite of his many nieces and nephews. ln addition to family, he leaves many cherished friendships which he treasured. His sense of humor, smile and love of life, were endearing to both lamily and friends.

Ron later graduated from Cal Stale Fullerion. Following college, he had a very successtul 40-year top producing sales career in the printing business. And in later years, he became an Orange County realtor.

With his kids – Brad, Jeff and Jennifer he was a sports Dad, coaching all their soccer teams as well as teaching the boys to sail on his Hobie Cat catamaran.

Ron had so many interests and passions. They included tennis, skiing, water skiing, sailing, fishing, photography, and golf, golf, golf! Oh, did we say golf? He also loved traveling with his wife Leslie. They had so many incredible experiences traveling the world. But Ron’s favorite place was always Hawaii. Leslie and Ron married on Oahu and they celebrated every anniversary in Hawaii… never missing a year of their almost 20-year marriage. Hawaii was their “home away from home.”

While Ron’s passions were many, his greatest passion was his family. He was so very proud of his three children and eight grandchildren – 4 boys and 4 girls. His grandkids were the “light of his life.” He embodied the phrase “if I had known grandkids were so much fun, I would have had them first!” He was a fun Grandpa. The kids often called his sense of humor goofy, and he was totally good with that. He spent so many quality times supporting them with sports, school, camping, teaching the boys to fish in Bridgeport, attending endless hockey games, soccer games, dance and cheer recitals, school plays, summer surf camps and school graduations… always being the official photographer. He left the grandkids a legacy of life lessons and fun times and memories to last a lifetime…and so many documented in his beautiful photos.

Ron lived life to the fullest. He saw the positive in absolutely everything, every day. His wonderful sense of humor, and smile were so special. While Ron faced and overcame some health challenges in life, heart surgery and cancer, he never ever gave up or complained and went through it all with amazing courage. He fought the good fight and always remained positive and optimistic. He appreciated every day that God gave him. He was truly a happy man.

Rest in peace Sweetheart, Dad, Grandpa. We love you so much. You gave us so much love. You will remain in our hearts FOREVER.

A Celebration of Life is pending. ln lieu of flowers, memorial donations may be made to the American Heart Association or the Leukemia & Lymphoma Society.