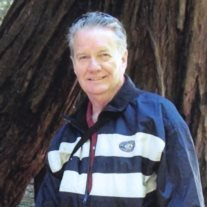 Ronald Edward Hogue, 73, passed away suddenly in the city of Palm Springs, CA where he lived.

Ron was born in Los Angeles, CA to Ambroe and Bertha Hogue on October 2, 1940. He was preceded in death by his parents.

Ron graduated in 1969 from Inglewood High School. He continued his education at Long Beach State where he studied economics and obtained his AA degree. Ron obtained his pilot’s license in 1971. He took the flying lessons at Santa Monica Airport.

Ron left Brown-Massie in 1976 to join a firm that offered him more money and a position as manager of their Grocery Division, that company being Butler-Clark. Butler-Clark was sold in 1981.

Ron then joined Crown/Advantage (Advantage Sales & Marketing) where he worked for over 25 years. He was a business development manager (food broker). Ron loved what he did and was very well known and much respected in the supermarket industry.

Ron will be so much more than missed by so many people, close friends, and his family.

Ron enjoyed being with his wife so much, that they did so much together – cooking, candlelight dinners every night listening to their favorite music, walking, hiking, gardening home improvement projects. They loved entertaining friends and family. Ron enjoyed playing golf and his Starbuck’s coffee every morning.

Donations can be made to The American Heart Association, https://donate.heart.org in his honor.