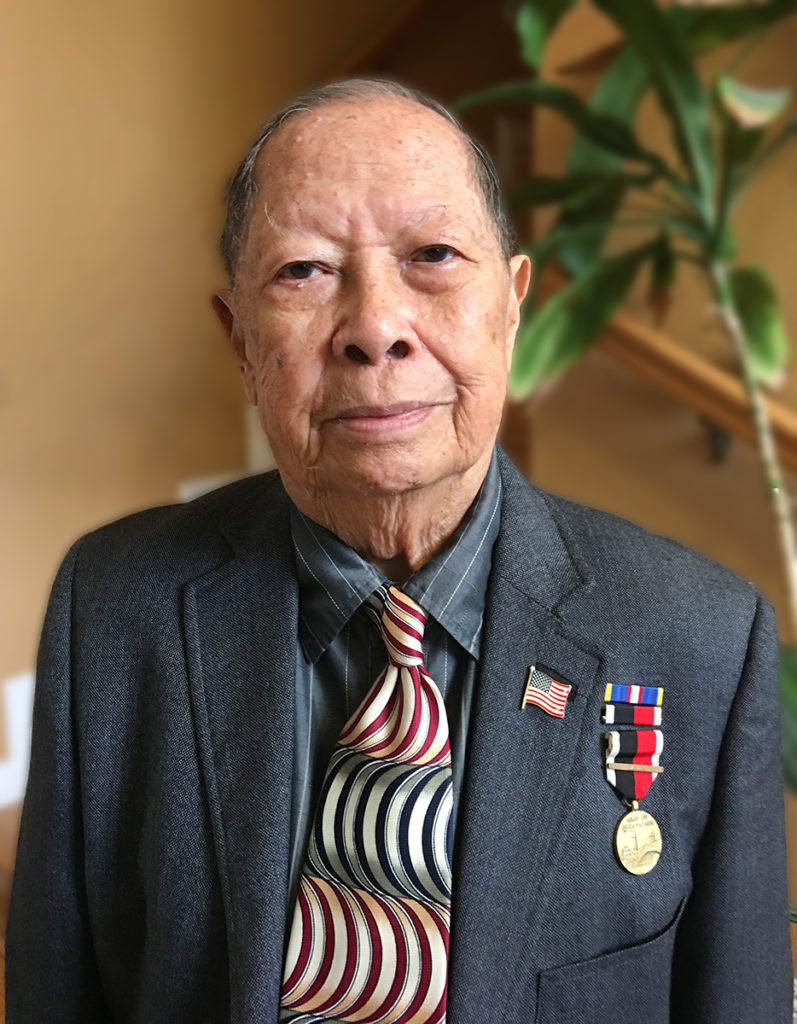 Romualdo Collado Aragon, 96, of Foothill Ranch, California, passed away on December 24th.  He passed away while on hospice care at home due to pneumonia with end-stage respiratory failure and other chronic medical conditions.

Romualdo was born in Luna, La Union, Philippines on February 1, 1924. He was the third child of Higino Aragon and Bernadina Collado. He grew up with three sisters (Soledad, Castora, and Herminia). As a young man, he served as a Philippine Scout of the United States Armed Forces in the Far East during the second World War. He graduated with Associate degree of Agriculture, and subsequently worked in the Department of Agriculture in his home province. He married his spouse, Rosa Lizardo Aragon, with whom they had 6 children (Norma, Romualdo Jr, Ronald, Noemi, Ferdinand, and Noel).

Romualdo was a proud WW II veteran. He is survived by his 4 children (Norma, a Registered Nurse; Romualdo Jr, a Doctor of Medicine; Noemi, a graduate of BA in Economics & Anthropology; and Noel, an Electronics & Communications Engineer. He also leaves behind 1 sister (Castora), 13 grandchildren, and 5 great grandchildren. He was preceded in passing by his wife (Rosa) and two sons (Ronald & Ferdinand).