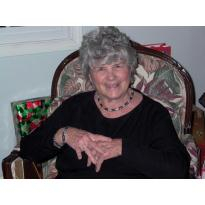 Romayne Rozunko was born in Los Angeles, CA, in 1930. She attended Catholic school in Los Angeles and met her husband Robert Rozunko, also a Catholic student, at a high school dance. They were married in 1951. Soon after they were married Robert went to Korea. They moved with their young family of six to the new Mission Viejo Community in 1966. They started Steam Masters in Costa Mesa, which they have successfully managed for over 40 years. Romayne was a devout Catholic, a member of St. Kilian’s parish. She had an extensive circle of friends, some of whom she had since elementary school. She was devoted to her family, friends, and community. She is survived by 6 children, 17 grandchildren, and one great-grandchild.