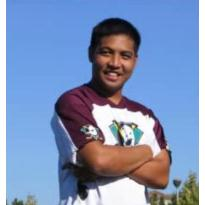 Roman attended the University of Santo Tomas, Philippines, before following his mother and sisters to the United States in 2003. He then attended Irvine Valley College. In 2004, he committed his life to following Christ. Demonstrating his faith, he worked as a youth leader in his church mentoring students, sharing his time, faith and love with many. He had a special place in his heart for children without fathers in their homes.