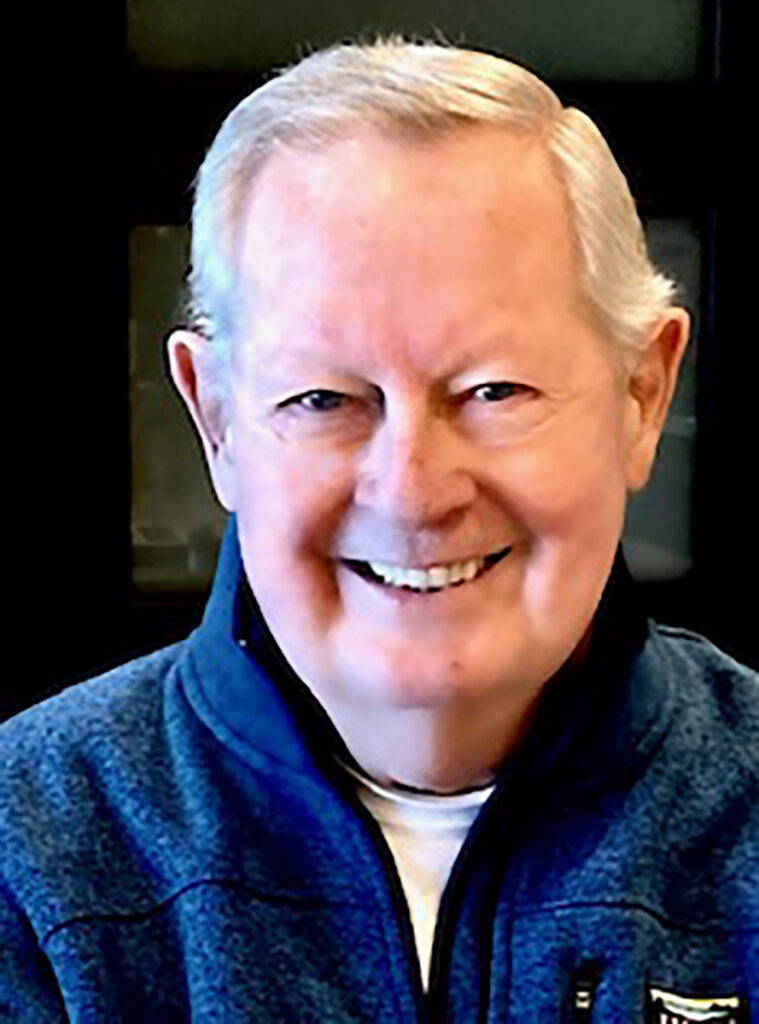 Robert Wayne Barbour passed away on May 7th, 2022 as the result of a cardiopulmonary arrest. He was born in Rochester, New York on May 27th, 1937. As his father was in the airline business, the family lived in various locations around the eastern part of the country but the majority of Bob’s early years were spent on the family’s farm in Ripley, Tennessee. At the age of 7, Bob relocated to Santa Barbara where he lived with, and was raised by, his dear Aunt “Giggie”, a lady to whom he was deeply devoted throughout his life. He graduated from Brown Military Academy in San Diego and completed his education at University of California, Santa Barbara. He loved sports and was a competitive athlete in football and track. Bob shared 48 wonderful years with his wife, Maggie (Margaret Brewster Sewall) , who lovingly embraced his two children from his first marriage, his son Bob, Jr. and his daughter, Mindy. As his health began to decline, Bob moved to Aegis assisted living, a facility very close to home, where we are ever grateful for his private caregiver, Rey, who cared for Bob “as my own grandfather” and kept him smiling and laughing each and every day.

After college, Bob was employed with Union Oil and later relocated to Los Angeles where he developed his business career in the mortgage insurance business. He was employed with Verex Corporation in Madison, WI, where he served as Regional Director of Sales for the Western Region. The company eventually closed and until his retirement, Bob went on to work with several California mortgage lenders, as Head of Market Development, expanding their presence with offices throughout the state and the west coast. In all of Bob’s business interactions, his colleagues had great respect for him and he was lauded for his honesty, integrity and the genuine respect he had for all with whom he worked.

Bob loved old movies…his all-time favorite, “The Quiet Man” and his favorite actor was John Wayne, whose war movies inspired him to become a Marine. He served 6 years in the Marine Corp and remained true to the Corps throughout his life. He retained a special bond and lifelong friendship with 5 of the men with whom he was in bootcamp.

Being a Dad with his children always brought good times. Travel experiences together, barbeques, holiday celebrations, special events… all brought much laughter and happiness and Bob treasured the many special times they were able to share. He also was so proud to call himself “Gramps” to his grandchildren, Kristen and Matt.

Bob had an adventurous spirit, enjoyed road trips, and loved to travel, studying travel brochures from cover to cover. He especially enjoyed small ship river cruising and was fortunate to visit many parts of the world. He found relaxation in reading, especially non-fiction books focused on World War II. Bob enjoyed music, especially cool jazz, the era of the 50’s and 60’s, and soft listening music. He loved the harmonica but although he tried, never learned to play it. He was a good and creative cook, played in his weekly golf game with the boys, and enjoyed nice red wine, He also had a sweet tooth and loved boysenberry pie, ice cream, and See’s chocolate candy with nuts! He was fond of his and Maggie’s canine friends and was always supportive of Maggie’s desire to adopt “another dog”. His most special attachment was to their shelter rescue, “Miss Becky” who gave him 16 years of joy and love and whose loss affected him deeply.

Bob enjoyed meeting and working with people. Always smiling and willing to lend a hand, he made friends wherever he went. He had a wonderful sense of humor, he was the spirit of our community and always retained an amazing upbeat and positive outlook on life. He was always kind and never spoke unkindly of anyone. All who knew him will miss his warm smile, wit and generous spirit.

In lieu of flowers, those who wish to make an expression of sympathy are asked to consider Wounded Warrior Project or Dedicated Animal Welfare Group (DAWG), the fundraising arm of the Mission Viejo Animal Shelter. (27472 Capricho, Mission Viejo, CA 92692)

A Celebration of Life will be held at a later date.