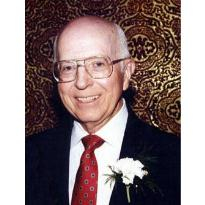 Robert W. ‘Bob’ Harris, 81, was born April 23, 1928 in Windsor, CO and died in his sleep January 15, 2010. The third of four children born to Foy and Della Harris, Bob served the US Air Force. He retired from ARC America, a data processing company. Bob became a Mason at 22 years old and served as the Master of the East Whittier Masonic Lodge #776 in both 1981 and 1982. He was also a 50-year member of Eastern Star, Scottish Rite of Freemasonry and Shriner. He was also a Hiram Award recipient.

Bob is survived by his wife of forty years, Arlene; daughter, Sherry Harris; granddaughter, Allison Harris; sisters, Helen Tomlinson and Roberta Powell; and many nieces and nephews. Bob was preceded in death by his son, Ryan in 2003.