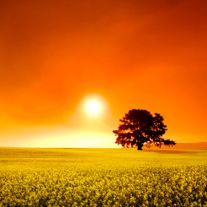 Robert W. Johnson, 82, of Rancho Santa Margarita, passed away peacefully at Saddleback Memorial Hospital in Laguna Hills, CA on 1/23/13 with his loving wife, family and friends at his side.

Robert (Bob) was born in Evanston, IL on Dec 14, 1930 to Werner Johnson and Ida Elvera Larson. The family moved to Sturgeon Bay, WI in 1933. Bob returned to Chicago in his teens and later moved to Evanston after marrying Ann in 1950. In 1978 they moved to Mission Viejo, CA and in 2005 moved to Rancho Santa Margarita, CA.

Bob will be remembered for his ready smile and his willingness to always lend a helping hand.

Until we meet again, goodbye to a loving husband, father, grandpa, uncle and friend.