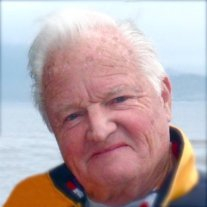 Our husband, father, friend and hero, Robert Samuel Key, passed away unexpectedly on December 29, 2013 while doing what he loved -hiking- with the son he loved, Patrick. A man of quiet strength, an outrageous humor, deep humility and unswerving loyalty, Robert lived his life loving his family and friends, and serving his country both through his military service in Vietnam and his continued work at the Veteran’s Affairs Administration.

Robert was a devoted husband of 31 years to Diane Amrhein Key, the world’s best dad to Meghan, Patrick and Lauren and grandpa to Peyton Key, and a beloved brother to David Key. Robert will be sorely missed by countless relatives, friends, associates, clients and others whose path he crossed. He touched so many lives, from the students in Mrs. Jax’s class at Laguna Hills High School with whom he shared his Vietnam experiences, to the young boys of the AYSO soccer clubs he coached, to members of the Shelby Cobra Club and BMW Car Club and other organizations in which he participated.

His greatest pleasure was time spent with his family. He loved traveling to Cambria with Diane and eating at their favorite restaurant, the Sea Chest. He was a very hands-on dad, and was a fixture in his children’s elementary school classrooms where he was known affectionately as Mr. Key. To his daughter, Meghan, he imparted his love of reading when she was young and in recent years enjoyed attending football games together to cheer on their USC Trojans. Robert and his son Patrick always looked forward to their annual trip to watch the Historic Car Races at Laguna Seca Racetrack, spending the week-end together watching fast cars and relishing in their easy camaraderie. As adults, Robert and his daughter Lauren shared a mutual addiction to the TV series “Two-and-A Half Men”, spending many, many an hour laughing over the show’s escapades. As a child, Lauren remembers dancing with her dad to Disney tunes and the special necklace he gave her to chase away bad dreams. A doting grandpa, Robert most enjoyed feeding Miss Peyton her meals and delighted in playing with her in the little kitchen that he had recently built for her.

A highly-decorated Vietnam veteran and Green Beret, Robert retired from the Army as a Major after 23 years during which he served in the 1st Infantry, 82nd Airborne Corps, and 5th Special Forces Group. His personal military decorations include the Silver Star, Bronze Star with “V” and five Oak Leaf Clusters, Bronze Star for Meritorious Service and another for Meritorious Achievement, the Army Commendation Medal, Army Achievement Medal, Purple Heart with Oak Leaf Cluster, Combat Infantryman Badge, Vietnamese Cross of Gallantry, as well as other awards and decorations. After his military service, Robert joined the Department of Veterans Affairs where he provided a variety of Readjustment Counseling and Trauma services to Combat Veterans and their families for over 26 years. Most recently, he was the Team Leader at the South Orange County Vet Center in Mission Viejo, CA. While always modest about his own accomplishments, the service members he counseled were quick to recognize his understanding of the military culture and the unique stresses and traumas that warriors experience. The connection, the bond, the fundamental understanding of what it means to “have been there”, informed his work and greatly benefited the Veterans he had worked with over the many years. Robert was also selected as a member of the Veteran’s Affairs Special Committee on Post-Traumatic Stress Disorder for which he traveled to Washington to report first-hand to Congress. He was also deeply involved in the Wounded Warriors Battalion at Camp Pendleton and the American Heroes Tribute.

Robert loved his cars, including the white “Skip Barber” BMW that he fixed up with Patrick, and his 1965 GT350 Shelby Cobra, in which he drove in the 1979 Cannonball race from New York to Los Angeles, covering the distance in 48 hours including multiple unplanned police and car repair stops. He was an equally passionate history buff especially concerning the exploits of Lewis and Clark. An avid nature-lover, Robert loved visiting Yosemite National Park as well as observing the local wild birds that he fed each morning in his yard. It was often joked that the bird population of Laguna Hills would decline by half if Robert moved out of the area. His other favorite pastimes include collecting military memorabilia, American antiques, and all things related to eagles.

Funeral services will be held on Monday, January 13, 2014 at 10 AM at Saddleback Church in Lake Forest, followed at 1:30 PM by a service at the Riverside National Cemetery. A Vigil will also be held the night before, Sunday January 12th from 4:00-6:00 PM at O’Connor Mortuary in Laguna Hills. Should friends desire, the family asks that in lieu of flowers, donations be given to the Wounded Warriors Project or the American Heroes Tribute.