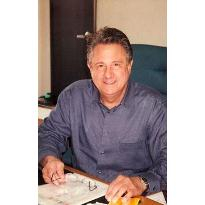 Our dearest father, husband and grandfather Robert ‘Bob’ Ricci passed away quietly and peacefully on Sunday April 6, 2008. Bob is survived by his two children Jason and Sean, grandson Wyatt Parker, and wife Sandra along with many friends and extended family. He was born on January 11, 1945 in New York City to Mary and George Ricci. He grew up in Queens, NY along with his two sisters Amelia and Mary. In 1966, he married his teenage sweetheart Sandra Piccione Ricci. After 4 years in the Navy, Bob graduated from AAS SI Community College in 1972, and went on to receive his MBA from Baruch College in 1974. He had a successful career in the photo industry spanning over 3 decades with Qualex, Kodak, AAA Imaging, SMI and Storefront.com.

As we celebrate his life, he will always be remembered as fun-loving, hard-working and strong-willed – the ‘life of the party.’ But, most of all he will be remembered as a good friend, devoted father and loving husband.

We were blessed to have him in our lives and he will be sorely missed by all who had the pleasure to know him.

Contributions in honor of Ricci can be made to St. Joseph’s Mission Hospital Foundation by calling 949-364-7783, or online at www.spiritofgiving.org. Contributions to the American Cancer Society can also be made in honor of Bob by calling or visiting the website.