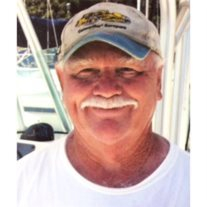 Robert is survived by his wife Diane of 48 years, his sisters Carol and Sherry, daughters Stephanie, Jennifer, Heather, Heidi and ten grandchildren.

Robert proudly served in the US Military and later had a successful career as a Land Developer in Southern California. Though Robert was stubborn, imperfect and ornery, he was a loyal friend, a generous provider who cherished his family, he had a passion for life, loved sport fishing and a good cigar.

In lieu of flowers, donations can be made in Robert’s name to the Bill Fish Foundation. Robert will be missed and fondly remembered.