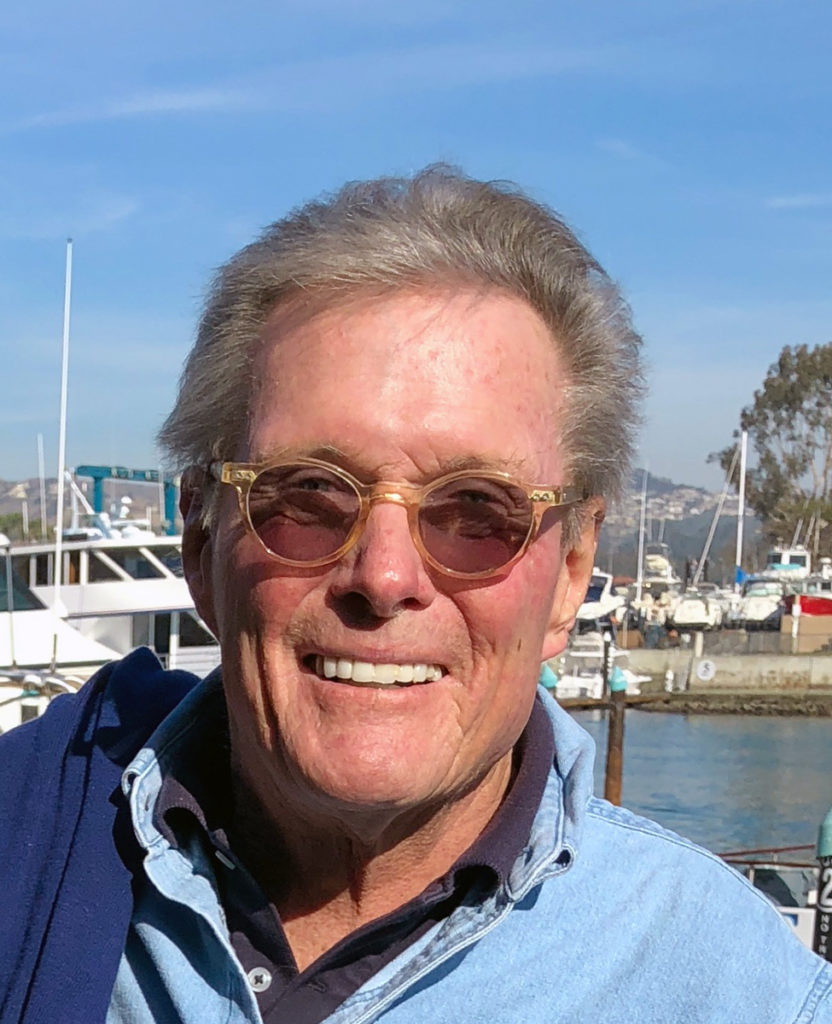 Robert O. Loper, 77, of Ladera Ranch, CA passed away peacefully at home with family by his side on October 31st.

Born and raised in Winnetka, IL he attended New Trier High School. He did his undergraduate studies at Lehigh University in Ohio, earning a bachelor’s degree in Business Administration. Bob then went on to earn his M.B.A. from Columbia University in NYC.

After graduating from Columbia, Bob began his career in marketing at Container Corporation of America, a firm just outside of Philadelphia. Longing to live in California, he made the move in the summer of 1977 to the city of Cupertino.  In 1983, a job opportunity as a marketing executive drew him and the family to Orange County, California. His career culminated with running the west coast operations of Maritz Marketing Research based in Whittier, CA. He retired from Maritz in 1995 and continued as a consultant for the next 2-3 years. In 2006, he moved from his home in the City of Orange to Ladera Ranch. He was very fond of the two Eichler homes he owned, one in Cupertino, another in Orange.

Bob loved the outdoors, from the Lake Michigan beaches in his hometown of Winnetka, to the Wisconsin Door County adventures as a child with his family. Later in life he discovered the majestic, rugged coastline of the Sonoma coast. He enjoyed hikes along the bluffs and exploring numerous tide pools off the beaches. Bob savored his annual trips to The Sea Ranch, travelling with parents and siblings, then his own growing family. As of recent, his favorite spot was the San Clemente Pier for lunch and coastline views.

Even though Bob was fascinated with science and electronics, he also had a big appreciation for the arts, specifically modern art. His favorite artists were Henri Matisse, Mark Rothko, and Vincent Van Gough. Bob was also a fan of 70s music, with Joni Mitchell, Cat Stevens (Yusuf), Fleetwood Mac, and Steely Dan being some of his favorite musicians.

Bob was the son of the late Douglas Anderson Loper, and Julia Louise Ogden.  He leaves behind his sons, Christopher (Kathleen Ko) Loper, John (Alison) Loper, and Ben (Erin) Allen; grandchildren, Charlie, Oliver, Hanna, Beck, Nixon, and Mack. He is also survived by his twin brother Chuck, his sister Sue, and his brother John.

The family thanks his caregivers Henry, Manny, Donnie, Rina, and Haydee Lyn, plus all the physicians and nurses who cared for him in these recent months.

In lieu of flowers, memorial contributions in Bob’s honor may be made to: https://coastwalk.org/