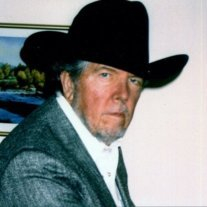 Robert Nelson Higgins, 81, of Mission Viejo, California, beloved father and grandfather, died on August 11, 2013. He was born on January 18, 1932 in Phoenix, Arizona to Dorothy (Plummer) Higgins and John Wesley Higgins.

Robert grew up in Safford, Arizona and attended Safford High School, Arizona State University and University of Arizona. Robert proudly served in the U.S. Army. Robert lived in Safford and Phoenix, Arizona until 1976 when he moved his family to Laguna Beach, California.

After growing up in the southwest, Robert was a dealer of fine art, specializing in Native American, Western Art and Cowboy memorabilia. He had a passion and love for the fine arts, and he owned galleries in Arizona, Laguna Beach, and San Juan Capistrano.