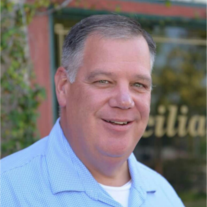 Robert was a loving, caring son to Joseph (passed 8/2/2012) and Anna Marie Mealey. He promised his Dad he would take care of his Mother. And boy, Robert did; spoiling her silly. Mom and Robert lived together, took many wonderful vacations together, and loved each other more than words can describe.

Bob was also fantastic Brother, Sister-in-law, Brother-in-law, Nephew, Uncle & Greatest Uncle to Aunt Bette; Brother Dennis; sister Joanne, sister-in-law Brenda; nieces Melissa, Michelle & Melanie; nephew Patrick; nephew-in-law Joe; great-nieces Presley & Makenzie; great-nephew Jackson. He loved his family and spoiled them too, with not only his love, but with an unending, unconditional love. We have great memories of travelling with him, getting together to celebrate our annual Mother’s Day and his birthday at the Angels’ game, and, of course, enjoying his out of this world meals. Bob had a never-ending love and caring for his family and was always arranging get togethers because he was the happiest when his loud & crazy family got together.

Bob was the best friend anyone could have. He touched everyone he met. He shared his heart & talent, and marvelous sense of humor with his many friends. Everyone could count on Bob being there no matter what, no matter when. Whether it was Rhonda’s daughter’s wedding in South Dakota, finding the best mai tai on Kauai, taking Mom for a visit to Charlottesville to see Thomas Jefferson, or trying to go to as many professional baseball stadiums he could, Bob was always ready for a road trip. He had a strength that comforted, infinitive love and generous heart. He always said the right thing just when you needed. He had wide open arms just when you needed a bear hug. Bob had a group of friends that partied together, travelled together, and were there for him no matter what, just as he was for them. The holiday picnics, Christmas Eve dinners, the annual trip to the Orange County Fair, and so many other traditions and just life in general will never be the same without Bob’s beeming smile.

It took a lot to get Bob angry, but don’t ever mess with his family or friends. In his quiet way, he would put you in your place. With Bob, what you saw, was what you got.

Bob was the consummate professional; a Project Manger and Financial Advisor by trade; Bob loved being challenged by a work project, and never did he let a detail go undone. He was a brilliant problem solver who never hesitated to roll up his sleeves & get the job done. Bob could be critical when necessary; but he would also praise a good job done. He made lifetime friends at each and every company he worked: Builders Emporium, White Cap, MoARk, and most recently, Traffic Solutions. The business world has suffered a great loss.

There really are no words to sufficient to describe Bob’s love & dedication for the Angels Baseball team. As a longtime season ticket holder, Bob enjoyed going to the stadium to watch them play. Bob soared when the Angels were doing great, and watched every playoff, celebrated the winning of 2002 World Series, and went to Angels Spring Training in Arizona. He had a huge collection of Angels gear, from bobbleheads to gnomes, hats and jerseys. He drove his Halo Bob bright red truck to show his dedication to his team. Bob shared his love of the Angels with his family and friends. He really did enjoyed a day at the park.

Bob enjoyed living life to the fullest. He will be missed for all he did and remembered with an never-ending love.

In lieu of flowers, Bob’s family requests a donation in Bob’s name to your favorite charity.