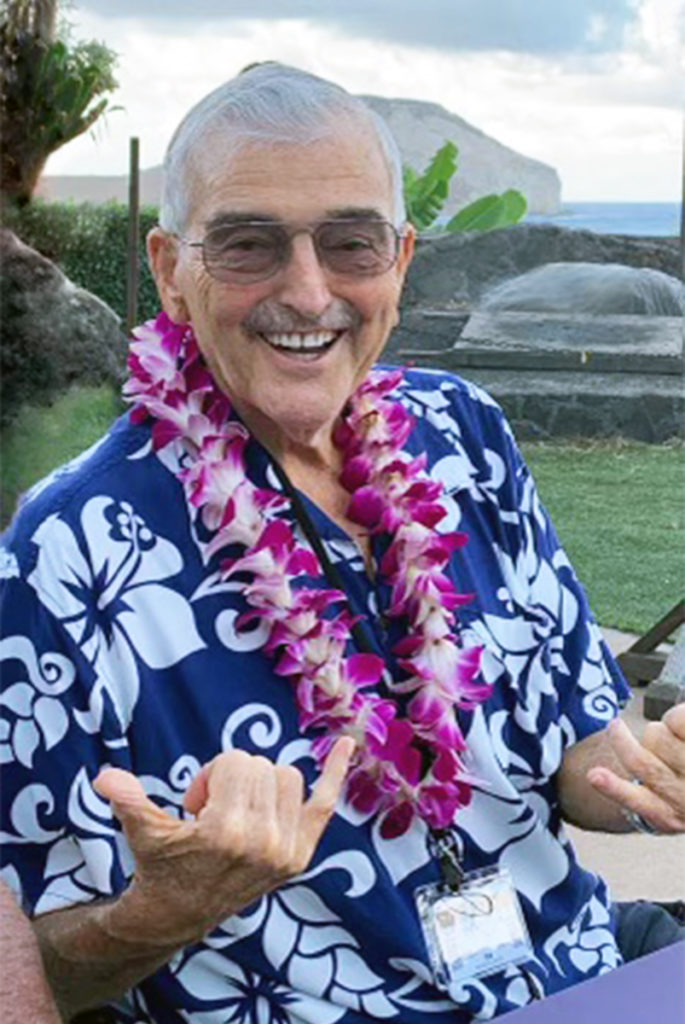 “Bob” Baele of Mission Viejo, CA passed away peacefully and surrounded by family at the age of 87. He is survived by his loving wife of 63 years, Karen; five children – Bo, Tim, Linda, Mike, and Pat; their spouses – Karen, Tracey, and Veronica; five grandchildren – Christine, Drew, Allie, Kaitlyn, and Ryan; as well as countless others whose lives he has impacted as a friend, coach, colleague, patriot, and paragon of his community.

Originally from Seattle, WA, Bob graduated from Renton High School in 1951. He fought valiantly for our country in the Marine Corps for three years, earning various accolades for his leadership during the Korean War. In July of 1957, Bob married Karen Eileen Lund just months after the two met on New Year’s Eve; they later moved to Garden Grove, CA to build a family together. Beginning as a meat inspector for the State of California, Bob dedicated his career to the food safety industry and eventually came to manage the USDA’s Western Regional program. A devoted family man, he worked tirelessly (often taking on two or even three jobs at once) to provide the very best opportunities for his wife & children.

During this time, Bob also coached numerous baseball, football, and basketball teams” some of which even went on to win district championships. His competitive spirit persevered as he continued to root for his favorite sports franchises all his life, including the Anaheim Angels and his beloved Washington Huskies. Not to be outdone, Bob’s charitable nature empowered him to volunteer at Camp Pendleton throughout the 2000s, welcoming home our Armed Forces from overseas conflicts.

In retirement, he and his family enjoyed relaxing cruises to Hawaii, Alaska, Panama, and Australia; frequent excursions to Las Vegas and Disneyland; and many birthdays, anniversaries, holidays, graduations, and reunions together all across the United States. Beloved for his indelible wit and wisdom, as well as the many anecdotes he has shared over the years, Bob will be profoundly missed by all who knew him.

They say everyone dies twice” once when we draw our last breath, and again when our name is mentioned for the very last time. If that’s true, then there can be no doubt: Bob’s name & legacy will live on for many generations to come.

The memorial for Robert Baele will be held at Good Shepherd Cemetery in Huntington Beach, CA on March 30, 2021 at 1:00 PM. Out of respect for COVID restrictions, the service will be invite-only. Additional information can be found at www.facebook.com/groups/robertbaele.