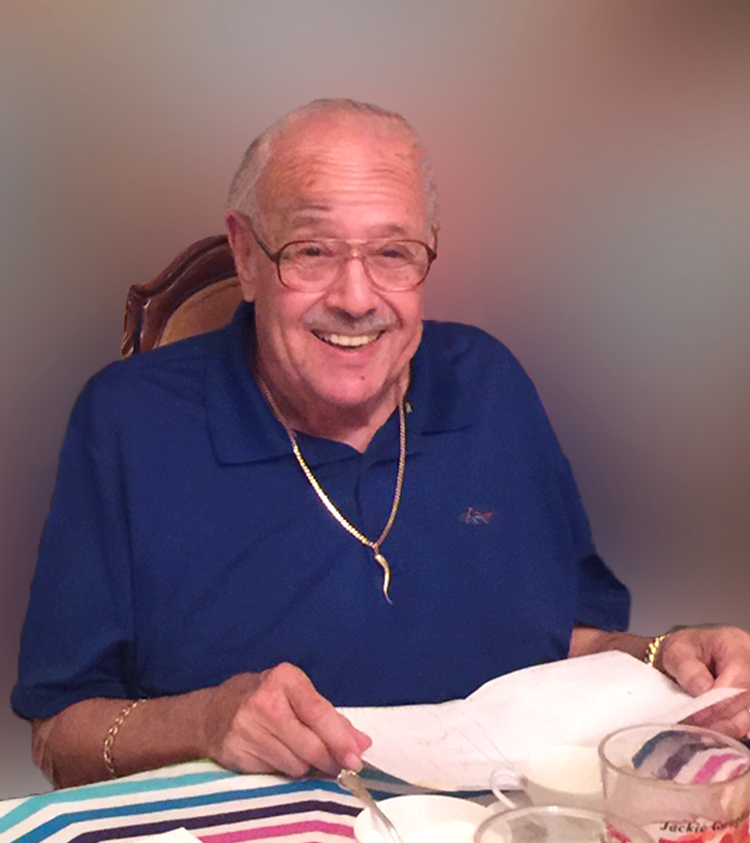 Born to Florence and Fedele Calentino in Los Angeles, California, on June 9, 1937.

Cal died in his home on Saturday morning, March 6, 2021, surrounded by his loving family. He died of complications from dementia and other medical issues. Cal is survived by wife of 60 years, Jo, sons Craig, Mark, Jeffrey, daughters-in-law Cara, Jennifer, and Nina, and grandchildren Paige, Camille, Alison, Mark Anthony, Roman, Cortez, Gitano, and Leonardo.

Cal went to Mount Carmel Boys Catholic High School in Los Angeles. He joined the Navy at age 17 and was stationed on the USS Oriskany aircraft carrier during the Korean War. After his honorary discharge from the Navy, Cal went to El Camino College, where he met his future wife Josephine Minervini. In 1959, he joined the Los Angeles Police Department and spent his career there in a patrol car, working the jail, and retired as a detective. Jo and Cal were married in 1961. They had three sons. Craig was born in 1962, Mark was born in 1963, and Jeffrey was born in 1965. In 1963 Cal, Jo, and new baby Craig moved from an apartment in Inglewood to a new city “way out there”, named Huntington Beach, where he and Jo bought their first home for $19,000. Cal loved his new home! His friends would come over to help him pour cement, put in the irrigation system, landscape, and do other home improvements. To “pay” his friends, Cal and Jo would have a big Italian feast for them at the end of the day, with plenty of homemade foods and lots of Chianti.

During the 1960’s, he was influential in building a Catholic elementary school at Sts Simon and Jude Parish in Huntington Beach, where he and the family lived for 13 years. He was also President of Sts Simon and Jude Men’s Club for several years.

In 1969, Cal and Jo, opened up Calentino’s Italian Delicatessen, in Costa Mesa. They served the community and Southern California until 2007. During this 38 years, Cal became a father figure to so many of the teenage boys that worked at the deli that either had no dad at home, or an absentee one. So many of the guys would say years later, as adults with families of their own, how much Cal meant to them growing up, and learning about life. The deli was a mainstay in the city of Costa Mesa with the most delicious authentic Italian food in Orange County. On the final closing day, employees from five different decades came back that weekend, and the first two employees from 1969 actually pulled a shift or two, right next to Cal, Jo, and the 3 sons. Customers of many years came back for their final visit to the deli. The OC Register ran a big article on the closing. What a wonderful yet sad weekend that was.

During 1970’s, He joined, and became very active in the United States Navy League.

When his sons attended Laguna Hills High School, all three were on Wrestling teams. Cal became very active in the Laguna Hills Wrestling Program, supporting his sons. He started Tournament Masters’ Ink. (yes Ink) with Del Schwartz and ran and announced high school and college wrestling matches for years. Cal was inducted into the Orange County Wrestling Coach’s Hall of fame in 1997 and the California Wrestling Coach’s Hall of Fame in 2008 for all that he contributed to the wrestling community. Cal was also a major supporter of Laguna Hills High School Football and Baseball programs, which his sons participated in, at their inception and during their early years. He continued going to Hawk football and baseball games till just a couple of years ago, when his health started to fail.

Cal and Jo were very proud to have put all three sons through private universities one submarine sandwich at a time, with no student loans. Their sons were their pride and joy. They always said that everything they did was for their sons.

Cal will surely be missed by everyone that knew him.

He was loved by all.