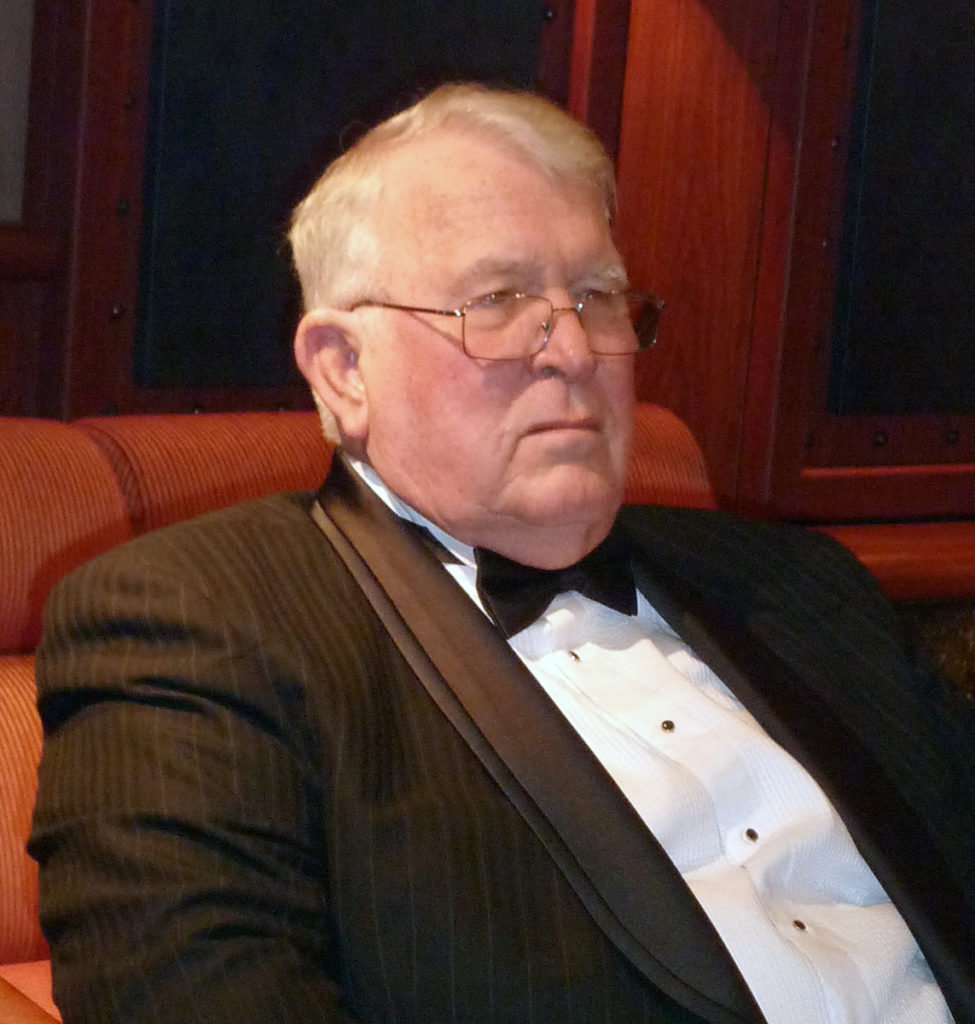 Robert “Bob” Cerney, 85, lost his brave battle with illness on July 22, 2021. He passed away peacefully with his dear wife Freda and their six children at his side, encircling him with their love and prayers.

Always young at heart and warm in spirit, Bob and Freda built a remarkable life together. Theirs is a grand romance that began seven decades ago at McLellan’s Five and Dime Store in Cedar Rapids, Iowa.

Bob and Freda each claimed the other as “the best dime store bargain of all time.” They were enterprising teenagers in the days of bobby socks and sweater sets when both took part-time jobs at McLellan’s. Freda Melichar worked in the toy department. Bob Cerney was a stock boy.

Bob said the moment he saw Freda, he knew. That night he told his mother, “This is the girl I’m going to marry.” Freda thought Bob was very nice, very considerate. “And he was handsome,” she sighs, blue eyes twinkling. “There’s no getting around that.”

Freda remembers Bob riding out of his way on his Whizzer motorized bike to circle past her house again and again. She’d watch out the window and wonder when he would get the nerve to ask her out. Soon he did, and the romance blossomed.

As the couple grew more serious, Bob was troubled by what he considered a serious problem: He’d told Freda a lie. While away on a weeklong trip with his Sea Scouts group, Bob put pen to paper to apologize and confess the truth. He wasn’t really Freda’s age. She was 16. He was only 15, just days short of a full year younger.

Freda might not want to go out with him any longer, he wrote, but if by chance she did, could she be outside, waiting for him on his return? Freda, the older woman, happily awaited her young suitor on the front porch.

At 18, Bob was an inventory clerk at Collins Radio, and Freda, 19, was a utility operator there. After Bob received orders to report for active duty in the Navy, he planned a very special and romantic date night.

They were driving down a dark and snowy road when Bob’s car had a flat. The night was bitterly cold, the car’s heater broken. Freda shivered in the car while Bob changed the tire. Eventually, he climbed inside, crestfallen, covered in dirt and snow

“I had such a night planned, but now it’s ruined,” he said. It was to be the perfect dinner out, the perfect setting to ask Freda to marry him. The setting had changed, but not the happy ending. “Of course, I said yes,” Freda explains.

For as long as Freda had known him, Bob had wanted to join the Navy. A Sea Scout, then a teen member of the Naval Reserve, Bob entered Navy boot camp after graduating from high school in 1953. He reported to the Great Lakes Naval Training Center outside Chicago where he entered active duty in March 1954, completed recruit training that June, and qualified for training as a Navy fire control technician.

In 1954, Bob received permission from his commanding officer to marry over the Thanksgiving weekend. There was a Saturday morning wedding ceremony, noon dinner, afternoon reception, and evening dance. The couple planned a one-night honeymoon at a secret location before getting up for Mass on Sunday morning and driving to Chicago.

Bob and Freda left the dance earlier than intended, making a non-traditional exit when they learned that mischief was underway. As a prank, a crew of rowdy partygoers were plotting to kidnap the bride.

To safeguard their precious time together, Freda climbed out the restroom window and down the fire escape, still wearing her wedding gown and veil. The couple sped off to enjoy their wedding night, undisturbed, at the Marion Motel, a tiny roadside inn

At some point, the couple realized they had left the luggage behind, and they made do without pajamas or toiletries. In the morning, they crept back to Bob’s parents’ house for proper clothes to wear to Sunday mass on their first full day as man and wife.

Their first home, an apartment near Chicago, was a room with a hide-a-bed and a stove. No closets. No running water. A hallway bathroom, refrigerator, and house phone were shared by all tenants. The rent took two-thirds of Bob’s $96-a-month Navy pay. The couple owned an old Willys station wagon and almost nothing else

But soon Bob and Freda would have what they wanted most: a child. They wanted a family, a large one, agreeing it would be fun to have a dozen kids. Number One was on his way almost immediately.

At the close of his school assignment, Bob received orders to the USS Conecuh out of Norfolk, Virginia. Recently refitted as a replenishment fleet tanker, the Conecuh was a German ship (the Dithmarschen) captured by the British in World War II and transferred to the U.S. Navy.

Bob and Freda’s first bundle of joy, James, arrived in September 1955. Bob brought Freda and baby Jim home from the hospital to their tiny Norfolk apartment. Bob shipped out the next day.

It was a joyful reunion when Bob returned. And not so long after, the couple learned that child Number Two was on her way.

The long separations of Navy life were difficult. Bob was at sea for six months of Freda’s second pregnancy. But this time, he was able to secure military housing for the family.

“It was heaven!” Freda remembers. “Two bedrooms. Hot and cold running water. We even bought our first washing machine.”

As Freda’s due date neared, Bob took a week’s leave and hitchhiked his way back to her. But his leave ended, and he had to ship out. Freda went into labor later that night. Daughter Kathy, born in November 1956, met her dad when she was more than a month old

The couple chose family over military life. After three years on active duty, Bob was released to the Naval Reserve. In March 1957, Bob and Freda packed up their two babies and headed back to Cedar Rapids. Bob returned to his job at Collins.

Freda was a full-time mother of two with Number Three on her way. After Tamera was born in December 1957, Bob and Freda had three children under three years of age in their tiny one-bedroom apartment.

The couple found the space they’d longed for by renting a rambling four-bedroom house on five acres of the Witwer farm near Cedar Rapids. The rent was an affordable $50 per month, but the property was an unkempt fixer-upper without heat for the upstairs bedrooms. The couple put much-needed work into the house and grounds. They kept a vegetable garden, pigs, chickens, and a temperamental rooster that took perverse pleasure in attacking young Jimmy until the bird earned a one-way ticket to the dinner table.

When Freda became pregnant again, the couple knew they wanted a better home of their own for their growing family. But could they really afford to buy a house?

Meanwhile, Freda had swollen so large by the fourth month of her pregnancy that she could not fit behind a steering wheel and reach the car’s accelerator. Dieting without success, she faced the wrath of her angry physician who swore he would not deliver the baby if she gained another pound.

Freda was seven months along when the doctor heard an extra heartbeat and announced twins were on their way. The following month, in May 1960, Numbers Four and Five arrived. Dennis was first, followed 25 minutes later by Donald.

Freda laughs remembering how their housing plans went awry. “Yes, with five kids, we’d pretty much outgrown our three-bedroom house before we moved in.”

For 13 years, Bob had worked a second job at a local gas station to support the family. He also served in the Naval Reserve until 1979. Yet even with long work hours and limited resources, Bob and Freda made time alone together a top priority

“Friday was always our night,” Freda explains. “Sometimes we’d just sit by the river with takeout from Chicken Delight. Sometimes we’d go to a show. No matter what, for two hours or so we’d get a sitter and get away, even if the sitter fee was all we could afford.”

The couple had five children under the age of five, but the family wasn’t complete until Number Six, Madonna, was born in November 1962.

Some might marvel at a family of eight living happily in an 864-square-foot house with only one bathroom, but the Cerneys did it and thrived. The children grew up wanted and loved.

Theirs is a close-knit, active family that worked and played and vacationed together. Even though money was tight, Bob and Freda planned annual trips to family-friendly destinations, borrowing travel money and trying to repay the loan before the next vacation. They stayed in state parks, slept in tents or a pop-up trailer, dined on bologna sandwiches and a gourmet favorite: SpaghettiOs with hot dogs and cheese.

While making do on a shoestring budget, the Cerneys were wise enough not just to enjoy what they had, but also to share their talents with others. Theirs was a strong, healthy family involved in school, church, and community. Bob and Freda helped with Boy Scouts, Little League, and Red Cross Disaster Relief.

Bob earned an associate degree in business management in 1973, the same year Jim graduated from high school. Bob and Freda advanced at Collins, which became part of Rockwell International.

Bob accepted a promotion, and the couple transferred to a Rockwell plant in Orange County, California. Bob celebrated California living with his famous “Merry Christmas” phone calls to family and friends in snowy Iowa – calls Bob liked to make from his backyard pool or Jacuzzi.

For two of the years in California, Bob traveled for Rockwell nearly fulltime. He made sure to call home every night, and he sent Freda a bouquet of flowers every month, in addition to Valentine’s Day, her birthday, and their anniversary.

By the time the couple retired from Rockwell in December 1990, Bob was a program manager who had overseen programs in the U.S., Australia, Belgium, England, France, Germany, Greece, Israel, Japan, Saudi Arabia, and Turkey.

Together, Bob and Freda traveled the world, spending time on five continents and half a dozen cruise ships, remaining young at heart and forever in love. Theirs is a legacy cherished by all lucky enough to know them. It is a legacy of fun, friendship, faith, love, and service.

Freda, please know that we are here for you always.

Bob, we miss you. You live on forever in our hearts.

With Love,
Your Family & Friends

PS: Our heartfelt thanks go to the staff at Saddleback Medical Center for their care and compassion during Bob’s most recent illness.

The family requests no flowers, please. If you choose to honor Bob with a memorial, please consider the Stephen Siller Tunnel to Towers Foundation or charitable organizations that serve disabled veterans.

We invite you to enjoy Bob and Freda’s favorite song, their wedding song:

My Best to You

My best to you

May your dreams come true

And through the years

Save your smiles and your tears

They’ll make music in your heart

Each new day is a kiss

Sent from up above

With an angel’s love

So here’s to you

May your skies be blue

And your love blessed

That’s my best to you

Words and music by Isham Jones and Gene Willadsen (1942) 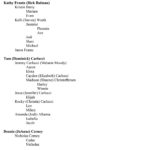 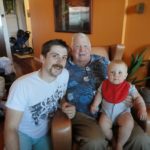