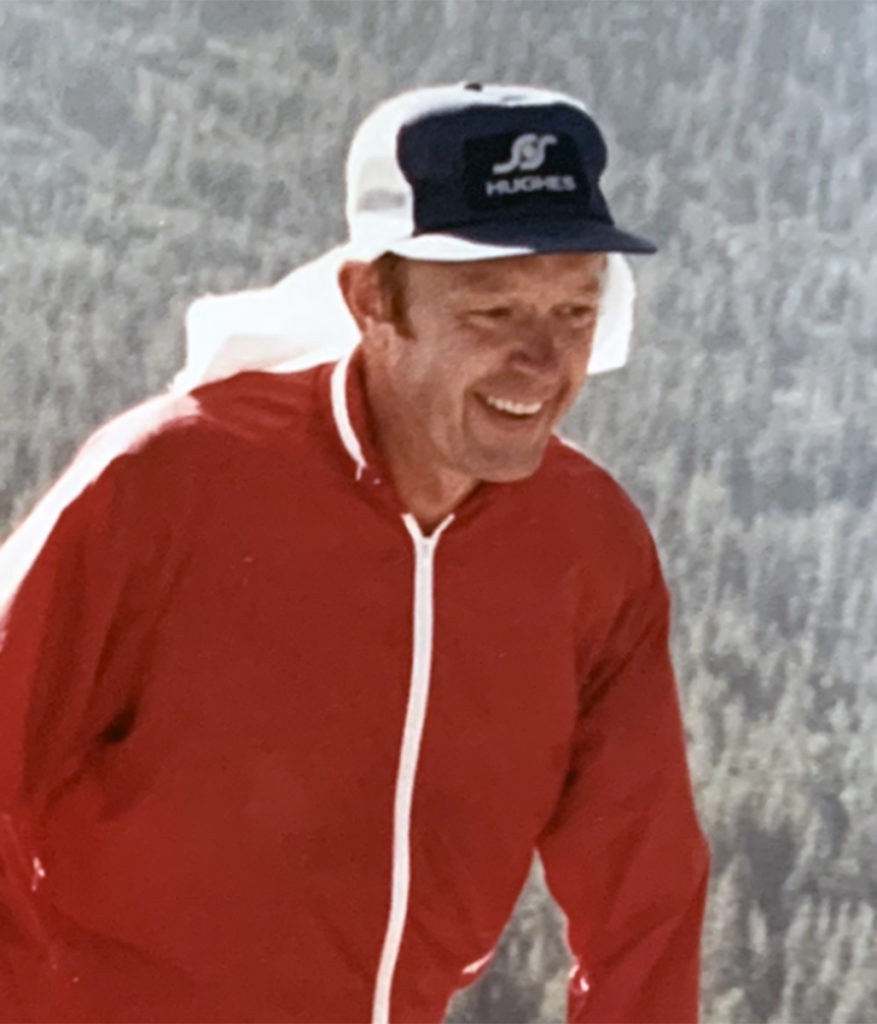 Robert Lee Calvin of Laguna Niguel died suddenly March 5, 2020 at the age of 83 as the result of a bicycling accident.  Bob was widowed after the death of his first wife, Helen.  He is survived by his second wife, Wilma, his three children – Craig Calvin, Cyrise Sanders and Tara Calvin-Peterson, three sisters – Pat Fritchman, Teena Franklin and Denise McClard, eight grandchildren and numerous nieces, nephews, and cousins.

Bob began his life of very modest means.  He was raised by his paternal grandparents on a farm in Missouri; his father passed away before he was born and his mother moved to the city for work.  He was educated in a one-room schoolhouse, was accepted to the Air Force Academy and, finally, Marquette University, where he earned a degree in electrical engineering.  Bob met his first wife, Helen, during this time and began a family before graduating.

In 1966, the young family of four moved from Wisconsin to Mission Viejo, California and had their third child, Tara.  Over the years, Bob worked at AC Spark Plug, Borg Warner and Emerson Electric.  As a sales executive, Bob made friends all over the world having traveled to over 30 countries.

In his early 40’s, Bob began jogging as a way to improve his fitness after getting his “butt kicked by some old guy” (his words) in a tennis tournament. Eventually, Bob became a marathon runner, and then an ultra-marathoner, competing in numerous 50 km and 50 mile events. Bob always preferred running off-road with his crazy running friends.  After two knee replacements, his love of running transitioned to cycling.  At the age of 61, Bob attempted to bicycle across America, but was sidelined by a minor accident. At the age of 83, Bob still cycled multiple days each week, usually with his favorite cycling partner, his wife Willie.   He logged over 70 miles the week before his death.

As an athlete, Bob was an inspiration to his kids. Each would run a marathon.  Craig and Tara would both compete in the Hawaii Ironman Triathlon (Craig twice). Cyrise would become a distance ocean swimmer, completing crossings of the Catalina and English Channels.

Bob’s passions went beyond running and cycling.  As a teen, Bob learned about woodworking and revived this passion in his retirement.  He was a talented furniture maker and many of his pieces grace his and Willie’s home and the homes of family and friends. His pursuit of precision is evident in his craftsmanship.

Bob was a graceful, generous and patient human being. He was an amazing brother, father, husband, friend, neighbor,everything!  He loved his family and friends dearly.  He was beloved. Bob’s legacy is that he was a positive influence on all he crossed paths with, and we should hope to follow his example. We are so lucky to have had him in our lives.

Dad, you will be forever in our hearts.

** Celebration of Life – TBD at some time in the future when it is safe to congregate. Please send an email to celebratebobcalvin@gmail.com if you would like the family to keep you updated.