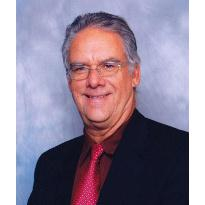 Bob LaFerriere was born and raised in Los Angeles, California, graduating with honors from California State University Los Angeles. He began his 40-year career in the health industry scooping ice cream at Thrifty Drug and Discount Stores. He quickly moved up the ranks at Thrifty, and was named Senior Vice President of Purchasing. In 1992, Bob accepted the position of President and Chief Executive Officer of Slim Fast Foods, and later moved to Leiner Health Products as their Senior Vice President of Marketing, where he remained until his retirement in 2008. Bob was known throughout the industry as an innovator, leader, and a caring and compassionate colleague.

Upon his retirement, Bob continued to stay busy by immersing himself in various community activities and charities, and spending precious time with his wife Jill and his sons, Chad and Matt. Bob devoted many hours to the church ministry at San Francisco Solano Church, and helped raise several million dollars by spearheading the Miracle Blossoms campaign at Serra Catholic School. He was a passionate supporter of his children’s athletic and academic endeavors; he coached Matt’s Little League baseball team and Chad’s Pop Warner football team, and was flattered when they asked him to help with their math homework.

Bob was a man of many interests: traveling with family and friends, boating, listening to Frank Sinatra music, playing cards and games, trying out new restaurants, drinking a good martini, playing ball on his sport court, telling a good joke and going to Lakers’ games, just to name a few. But the times that Bob was the happiest and most fulfilled were those spent hanging out with Jill and the boys, watching football at home or taking them to the movies.

In lieu of flowers, the family requests donations in Bob’s name to either a charity of your choice or:

The MMRF relentlessly pursues innovative means that accelerate the development of next-generation multiple myeloma treatments to extend the lives of patients and lead to a cure. This was the disease that claimed Bob’s life.

Both of Bob’s children attend this private Catholic School. Bob was an active volunteer and generous supporter of his children’s school.