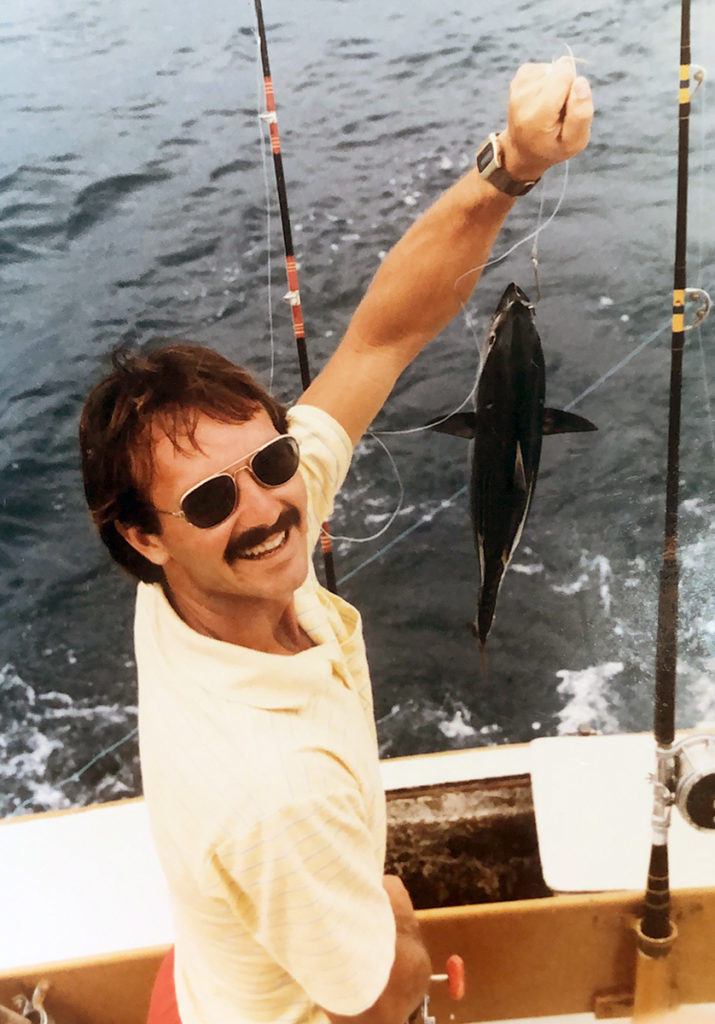 Robert L. “Bob” Sloan, 63, of San Pedro, left this world July 6, 2018, at his home after a long battle with the insidious disease depression.  His devastated family takes comfort in the belief that his soul is finally at peace.

Bob loved surfing, cars, golf and most importantly, the ocean and music.  He could linger for hours over a sunset or a beautiful view, and the ocean was where he found the peace that often eluded him. He will be remembered for his gentle demeanor, hearty laugh, his guitar playing and singing that could be heard wherever the acoustics were best, including stairs of his building.

He is survived by his daughter Katelyn Sloan, of Arlington, Virginia; son Matt Sloan of San Diego; his mother Liz Barrett and Stepfather Fred Barrett of Huntington Beach; his sister and brother-in-law Deborah Bigrigg and Jack Bigrigg of Corona del Mar; his sister and brother-in-law Trish Yunker and Jeff Yunker of Lousiville, KY;  his former wife Ellen Sloan of Mission Viejo;  dear companion Varta Landcaster of San Pedro;  and many nieces and nephews.  He was predeceased by his father Robert Sloan, Sr., and his first wife Debra Dawson Sloan.

A memorial service will be held at 9:30 AM at O’Connor Mortuary, Laguna Hills, California.

To honor his memory, the family asks that you reach out to a lonely person, hug the ones you love and take in all of life’s joys a little deeper.