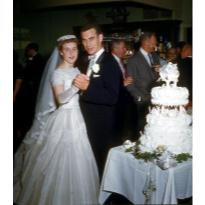 Robert Geoghan, a resident of Mission Viejo, passed away peacefully in his home on November 6th, 2010 with his family by his side. A devoted family man, with a full life crowned by accomplishment, he will be forever missed by the friends and family he left behind.

Bob was born on June 23rd, 1931 to Charles and Rachel Geoghan of Shelton, Connecticut. He proudly served his country, not only in the United States Air Force during the Korean War, but as a member of the Connecticut State Police after 1957. Police work was Bob’s passion; he diligently worked for the force for twenty years, starting out as a state trooper and ultimately retiring as a Sergeant in the Homicide Division in 1978. Immediately following his retirement, he moved his family to Mission Viejo, California. From his new home he started another successful twenty-year career with Air Industries, retiring as Vice President. He enjoyed the last ten years in retirement traveling with his wife, Marlene, and golfing.

During his life he was strong and supportive of anyone who needed him, especially his family. He is survived by his wife of fifty-three years, Marlene, and his four children: Kathy Maples, Michael Geoghan, Susan Gill, and Marlene Kern. In addition, he had seven grandchildren: Elizabeth Geoghan, John Gill, Sarah Geoghan, Shelby Maples, Abigail Maples, Cody Maples, and Nico Habibi; as well as one great grandchild, Noah Geoghan. He is also survived by five of his siblings, sisters Rita Zavidniak, Betty Cascone, Marie Geoghan, and Jeanne Bunosso; and a brother, Joseph Geoghan.

Bob spent his time on Earth as an exemplary human being and as role model for others. His smile, warmth and charm made everyone he met feel welcome; he was blessed by a large circle of friends and a family that treasured him. Though he has moved on to a better place, Bob’s exceptional life leaves a lasting impact on those who knew and loved him.